Save someone: Turkish organ donors leave behind a legacy of life 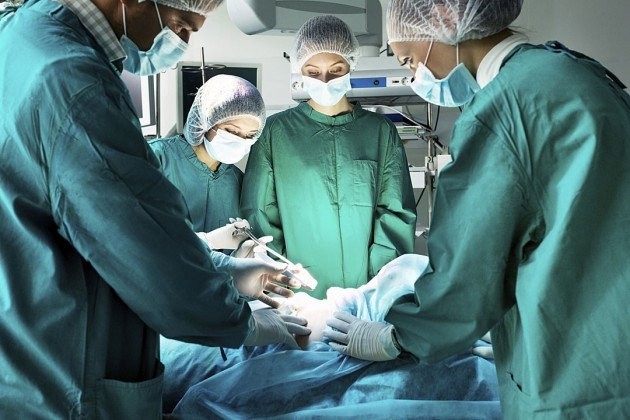 Organ transplants promise a new life for millions who suffer from organ failure. Although the number of organ donors are on the rise in Turkey as well as the world, there are still not enough organ donors. To raise awareness on the issue, here are the stories of organ transplant survivors whose lives were changed

Life is a miracle. The body is like a machine with all our organs working together to keep us alive, but when something goes wrong and an organ's function decreases, things begin to go south and you may need a new organ.

An organ transplant is often the only treatment for conditions such as liver and heart failure. Most of the time, organs are harvested from the body of the deceased or organs such as kidneys and livers can be donated from a living donor.

Organ donation is an amazingly generous act and saves thousands of lives around the world, but people need to be informed and made aware of its importance. Millions of people around the world are waiting for a suitable organs to regain their health.

The following are the stories of Recep Kaya, Ümit Birol, Günay Çiçek and Zeynep Aydemir who became healthy again thanks to organ and tissue transplants. 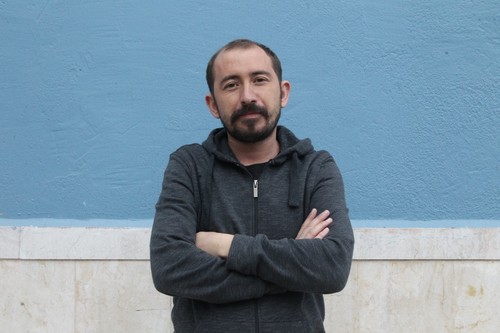 Günay Çiçek's life changed when he had a kidney transplant.

Kaya, Birol, Çiçek and Aydemir are only a few among the thousands of patients who regained their quality of life again with organ and tissue transplants. Although they recovered their health and lives, they still continue to inform people about the gravity of the issue. They are the voice of the thousands of other patients waiting for organ transplants.

Recep Kaya, 27, who lost a part of his facial tissue after a gun accident as a child, had nearly 40 medical operations until five years ago. At the end of 2013, he started educating people about the face transplant operation he had at Akdeniz University. Since then, Kaya has been spreading awareness about organ transplants at conferences and meetings around the world.

Speaking to Anadolu Agency (AA), Kaya said his life changed after his operation. He explained that he is the seventh patient to have a face transplant operation in Turkey.

He said he had become an introvert because of the condition of his face, but he has now become more social once again.

"After the operation, my communication and relationships with people increased. I became self-confident again. If I did not have the face transplant operation, my life would continue but not in this way. For example, I would hold off from going out. Now, I dream of marrying and starting a family," he said.

He said no one waiting for organ or tissue transplants should be hopeless.

"I want to tell these people that they should never be hopeless. Healthy people who are suitable donors must donate their organs. After we die, our organs will be buried under the soil. We can save at least one life with an organ," he continued.

Zeynep Aydemir, 54, was one of the thousands of patients waiting for a kidney. Her struggle with renal impairment, which started 10 years ago, ended with a transplant that was performed a year ago.

"I was called to the hospital three times for a transplant. The third time, I had a good feeling; a kidney match was found. I always prayed while going to the hospital. I said, 'God, if there are other people who need it much more than me, do not give it to me.' I was in pain, but I knew that there are other people who needed it more. Analyses were performed and the kidney was a match. I was really happy. There is no happiness like being healthy. I witnessed that my life got beautiful for the second time. I do not want my organs to turn into soil. I want them to save lives. Every organ means life. Let's donate our organs and save our patients," she said.

Ümit Birol, 31, got healthy again after his mother donated her kidney to him in 2011. He said he held onto life in spite of everything.

"I had some real difficulties. I had fluid in my lungs and stayed in hospitals. I also had some problems with my heart. This process cannot be described. You have to experience it yourself in order to understand. I had 20 operations during this process. May God bless my mother. She donated her kidney to me. Her kidney gave a second life to me. After I recovered, I married. I have a child now. I can do everything by myself. No one should be afraid of an organ transplant. They should donate," he said.

Explaining that he and his mother continue their lives in good health, he said, "If my mother did not give her kidney to me, the problems will increase and I would have had to struggle with many diseases. I could live for 20 years at most. I could be dead if she did not donate the kidney."

Günay Çiçek, 33, said she learned she had a kidney problem when she went to a hospital to donate her kidney to her brother who was undergoing rental impairment treatment.

Çiçek got healthy again when her mother donated a kidney to her after one year of treatment.

According to the data of the Turkish Transplant Coordinators Association, Turkey ranks among the first three countries in live transplants because it is a technologically advanced country in terms of field experience.

However, around 2 million people in the world, including over 25,000 people in Turkey, are on waiting lists for organ transplants. Unfortunately, about 10 percent of these patients pass away each year before having access to a matching organ.

Although the number of organ donors increase every year, organ donation is still not enough in Turkey. Only 25 percent of the families whose relatives are diseased agree to donate organs.

Considering that every year up to 5,000 new people are added to the organ transplant list, Turkey needs at least 25 organ donors per million a year. Although the country is far from this goal, every year, more and more people are becoming aware of the importance of becoming organ donors. Let's not forget: We might be in need of an organ one day as well.