The future of education is in our hands 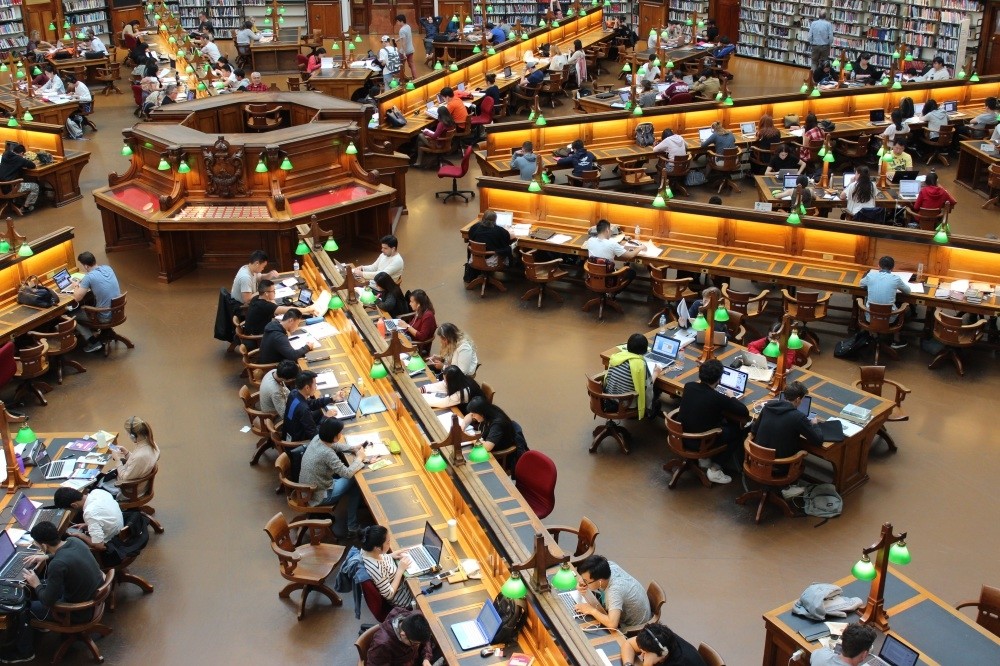 There have been Muslims in Australia for centuries, and today they have become an integral part of the community. However, as in other Western countries, Muslims face racism and struggle to ‘belong.' A group of schools in Sydney and Melbourne have created a way in which young Muslims can remain strong in their faith and strong in the community

Australia surprised me. It was not so much that I expected kangaroos and koalas, and men in cork hats swigging cans of lager in the middle of the street. But I was surprised by how green Melbourne and Sydney were. And how much it rained (particularly in Melbourne). But what surprised me most was how confident the young Muslim community was.

Muslims have been in contact with and living in Australia for centuries; some experts assert that Muslim presence predated European settlement of the region. Muslims came at an early date from the Indonesian archipelago; there is evidence that they came into contact with indigenous Australians in the 16th century. 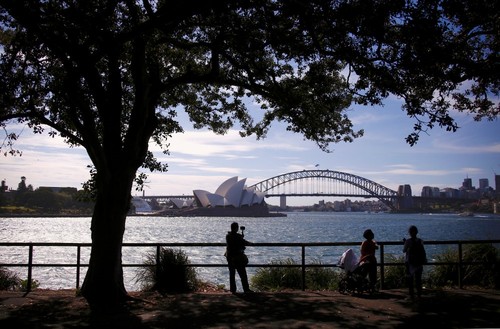 Tourists take photographs as they stand in front of the Sydney Harbour Bridge and Sydney Opera House in Australia.

When the European settlers came, Muslims from coastal Africa and the British colonies accompanied them. The "Afghan" cameleers were the most important group. Although called Afghans, these people came from a number of countries, including Pakistan, the Punjab, Kashmir, Egypt, Persia and Turkey. What brought these people together and gave them identity was their religion.

These early Australian Muslims were brought to Australia by the British to help develop the country, to work on the rail link between Port Augusta and Alice Springs.

The Afghans intermarried with the local Aboriginal people and settled in what were known as Ghan towns; every Ghan town had a small tin mosque. The descendants of the Afghan cameleers are active in the Islamic community in Australia.

The first large mosque in Australia was built in 1861, with another being built in Adelaide in 1890. Muslims were now coming from South East Asia to work in the pearling industry.

Australia is an easy-going country; except for the indigenous Aboriginals, every Australian is an immigrant. But this is not to say that Muslims do not face challenges. They face the problem that all immigrant children face; one culture at home, another at school. However, according to FAIR (Forum on Australian's Islamic Relations), "...for Muslim kids it's becoming increasingly different with the rise in Islamophobia and anti-Islamic sentiments filtering through the media and into politics and society."

Last week I was fortunate enough to be invited to visit the schools of the Australian International Academy (AIA). This group operates six schools in total, with three schools in Melbourne, two in Sydney and one in Abu Dhabi in the United Arab Emirates (UAE).

The school was set up in response to the concerns of the Muslim community about how they could ensure that while living in a non-Muslim society, their values were instilled in the younger generation. The first AIA school was set up in 1983 in a burnt-out Catholic School. This school became known as the Coburg Islamic School. This was the first and only Muslim primary school to be funded by the Australian government.

The AIA schools do not select students via exams or any other means. Yet these schools promote high achievement and instill sound ethical and spiritual values. To quote AIA, "Our curriculum provides children with a strong sense of community and values through the incorporation of the International Baccalaureate program and religious studies."

This commitment to excellence means that the first small primary school has grown into three campuses in Melbourne, two in Sydney and one in Abu Dhabi, UAE. There are waiting lists at some of the schools, as places are limited. And now AIA is looking to Turkey, hoping to establish a school here.

When first established, AIA set out to integrate the Australian curriculum with Islamic values. This was not a difficult task as Islamic values are what most societies hold important: Honesty, empathy, compassion, respect, tolerance... After a few years, AIA joined the International Baccalaureate (IB) system, finding that the values promoted by IB fit in perfectly with the values of Islam.

The secret of AIA's success perhaps can be summed up in their motto:

Advancement - leading students to become a whole person, a life-long learner and a future leader of the community.

Determination - Empowering the students thus helping them develop into solid Australian (or UAE, or Turkish) Muslims and global citizens.

Faith - Ensuring the students are able to preserve their Islamic culture and identity by providing a suitable spiritual environment in which they can grow.

In addition, the AIA states their mission as follows: "To develop graduates who are well prepared and self-motivated to advance Australia and to participate effectively as world citizens with Muslim values."

When such a motto and mission are truly taken to heart, success is inevitable. And AIA has not just left these ideals as dry words on the page. They have followed through.

In one school, children from kindergarten to the final years of high school came and gave us a presentation. The young children started out hesitantly, not sure quite what they should explain. They were articulate, but not quite completely focused or sure of where they were going. This was not surprising, as they were no more than nine or 10 years old. Children at this age should be questioning where they are going and examining what they are doing.

By the time we reached the late middle school and high school students, the sense of confidence had grown. These young people were even more articulate and completely focused. Yet, there was not a trace of arrogance or hubris. The students were infinitely humble, aware of their listeners and completely connected with their audience.

The AIA test results demonstrate their success. In the state exams a large number of students consistently score over 80 percent. Their students achieve over the national average and all students graduate and are awarded a diploma - that is, there are no drop outs, no failures.

Established 35 years ago, AIA is influential not only in the Muslim community, but has played an important role in the Australian community as a whole. According to everyone we talked to, the brains behind this organization was Mr. Salah Salman; Mr. Salman is an octogenarian who has devoted his life to education, to helping young people become the best possible person they can be. Yet when you talk to him, Mr. Salman is incredibly modest and down to earth.

Mr. Salman was born in Egypt, but left when he saw that there was only a bleak future awaiting the country. He had qualified as an educator in Egypt and continued to teach in Australia. He was inspired by the way the Australian curriculum and teaching community encouraged and supported children to think.

Among the many things Mr. Salah Salman has done for the AIA schools is the Harmony Program. Through this program, a number of schools from different faiths have been invited to the AIA schools, and AIA students have made return visits. The schools include Catholic Schools, Anglican Schools, Jewish Schools and many other state schools.

By getting to know the people with whom they live, greater understanding among the students has been fostered. And, Mr. Salman's efforts have not gone unnoticed. In 2010 the Australian government awarded him with an Order of Australia medal (AM) for this project.

Salah Salman set out to create this "mix between Australian education and IB program and Islamic culture." He and his team set out and continue to work to preserve Muslim culture with Western-style education.

When asked where the inspiration for this school had come from Mr. Salman answered: "I had the plan in my mind. I had been all my life in education. When I came to the Australian system, I admired it. I felt the equality and fairness in the program. It focuses on developing the best for all children without discrimination. The state supports the school, with no difference between other schools."

We have to prepare our children for their lives. We are using techniques developed in the 19th century to instruct children from factory towns to instruct our technology savvy children. They know before they are 2 how to operate a tablet or a smart phone. Yet we are still insisting that they listen to us, as we tell them that we know better.

There is no question that we as adults know more. We know different subjects. But we do not know better. These children are much wiser than us about many things. No matter how up-to-date you are on the latest technology, for you too there will come a day when some pre-pubescent being will grab the technology from you [physically or perhaps metaphorically] and say 'That's not how you do it...let me show you.'"

It is not a question of being able to keep up. It is not a question of staying abreast of the rapid changes. If you are old enough to read this article, you are old enough to soon be obsolete as far as technology is concerned. You, like me, will be able to use it, to get it to do what you need done. But you will soon be unable to exploit it, to innovate with it, to understand the deep secrets it holds. This takes a young mind.

If we do not change the way we are educating our youth, we have lost the battle. Never mind us not being able to educate them; they will give up educating us. They will go their own way, and it could very possibly be in a direction that we do not understand. If we want to be allowed to accompany them, if we want to benefit from their new, yet unknown skills, we need to change how we approach the younger generation, how we teach them to approach the rest of the world that is not steeped in technology.

Moral values, human values, attitudes and manners may sound old-fashioned. But these are among the only things that remain the same today. If we do not place these timeless, infinitely important aspects of human life the center of education for our children, we will end up with a generation that does not acknowledge us. We will end up alone, old and floating on a metaphorical (or perhaps physical) ice floe, useless to society, a burden to those who are running the world, merely waiting for the light to be extinguished.