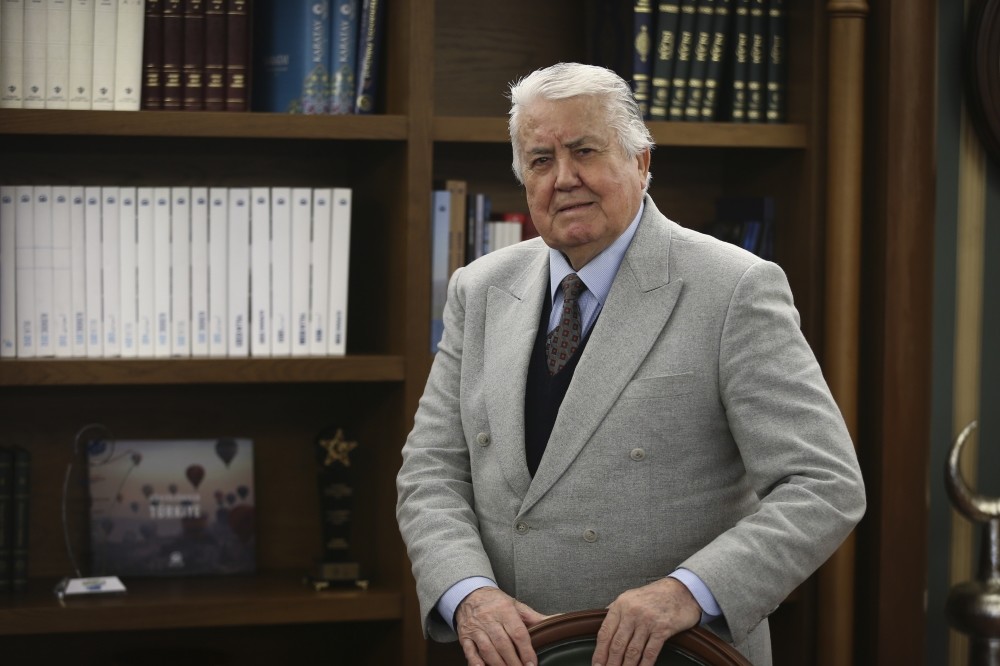 Veysel Donbaz, who retired as the manager of the cuneiform archive department in the Istanbul Archaeology Museum, talked to Anadolu Agency (AA) about the languages of the ancient Hittites and Akkadians and how many words used in modern Turkish are rooted in these extinct tongues.

Donbaz, who was born in December 1939 in southwestern Denizli province, completed his bachelor's degree in Ankara University's Faculty of Language History and Geography in 1962 where he studied as the sole student in the department of Sumerology in one-on-one classes with his professors. He was then appointed to the Istanbul Archaeology Museum.

Following retirement, Donbaz continued his passion for studying clay cuneiform tablets and extinct languages. He has become one of the most experienced scholars illuminating this era of ancient history. He describes himself as an "Assyriologist," a field of study that includes both the Sumerian and Akkadian languages.

"Akkad was a state. Sumerians brought their cuneiform scripts around 3500 B.C. or were forced to invent their language there," he said. "In 2800 B.C., writing allowed them to realize literary texts. There was a massive improvement in about 1,000 years."

Donbaz said that Sargon of Akkadia united the city-states and formed the Akkadian Empire in 24 B.C., but did not overshadow the Sumerian language and translated them into the Akkadian language." Some of the writings are bilingual. There are over 75,000 cuneiform scripts in the Istanbul Archaeology Museum. You can see the examples there," he added.

The renowned Assyriologist reported that there are more than 100 words that transformed into Turkish from the Assyrian and Babil languages, but almost no words – except a few – came from Sumerian languages to Turkish. Donbaz gave an example, saying that the Turkish word "ekalliyet" (meaning minority) is rooted in Assyrian and Babil dialects as "egallum."

Apart from lingual traces from the era, Donbaz noted that the modern seven-day week and 30-day month are also products of ancient Mesopotamian civilization. He indicated many countries around Turkey do not use Latin letters in their alphabet, such as Iran, Syria, Afghanistan, Pakistan, Russia, Bulgaria and Greece. "We managed to describe our language with Latin letters; the same happened with cuneiform scripts in ancient history," he continued.

Donbaz explained that the Sumerian language is monosyllabic, and as in Arabic and other modern tongues, distinguishes between masculine and feminine words. "For example, the word 'mayi' is rooted to our language from Sumerian, meaning liquid," he said. "It equates with the word 'ma' in Akkadian and Assyrian language. 'A' is the Sumerian one. They used a determinative before every word to make it simpler. Donbaz noted that to learn and fully understand Sumerian and Akkadian, you must learn both languages. "If you do not know the other language, you cannot progress in those languages. You need to know every syllable's meaning in both Sumerian and Akkadian," he said. 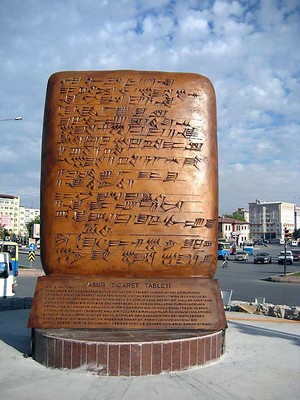 Explaining the meaning of extinct languages, the veteran philologist said it refers to languages that are no longer used by human beings, but the translations of which were written before.

Donbaz said the Babylonians used the Akkadian language in international communications. "There are 38 known agreements. 19 of them are in the Hittite language, 16 others are both in Akkadian and in Hittite. It starts with Hittite but continues with Akkadian. They use cuneiform scripts. Inside those cuneiform scripts, there are Sumerian ideograms. For example, gold, silver, tin, copper whatever there is they describe with ideograms. They do not have names, they took those exactly like it was Sumerian."

Donbaz explained there are lots of extinct languages to this day that were discovered, but a "written source is obligatory to define them as extinct," he noted.

He added that many Turkish words used today, contrary to common thought, come not from Arabic or Persian, but from Akkadian. Donbaz mentioned that the Turkish names of seven out of 12 months come from Babylonian.

However, Donbaz said that it is impossible to prove that Turks come from Sumerians or Sumerian people were Turks. Providing information about his prior work, Donbaz said he has made 30,000 inventories of 60,000 cuneiform scripts so far, publishing 2,500. "A part of those cuneiform scripts are in the British Museum, the rest in Turkey," he said.

Donbaz also mentioned that on Atatürk's orders, the Turkish Historical Society was founded in 1931, and during the tenure of the late Education Minister Resit Galip, 23 different language departments opened, including Hittite and Sumerian.

"To ensure the scripts' permanence, they are cooked in a special oven," he said. "Cuneiform scripts should be baked at 110 degrees Celsius for 24 hours straight. If you cook them at 115 degrees Celsius, then they explode."

The Assyriologist, who is also fluent in German and English besides the Sumerian, Hittite and Akkadian languages, gave some suggestions for young people interested in learning languages. "You need to study hard and repeat it countless times to learn a language. You need to be a bit talkative, too," he said.