Turkish Airlines' Colombian pilot overcomes prejudice, obstacles for a life above the clouds 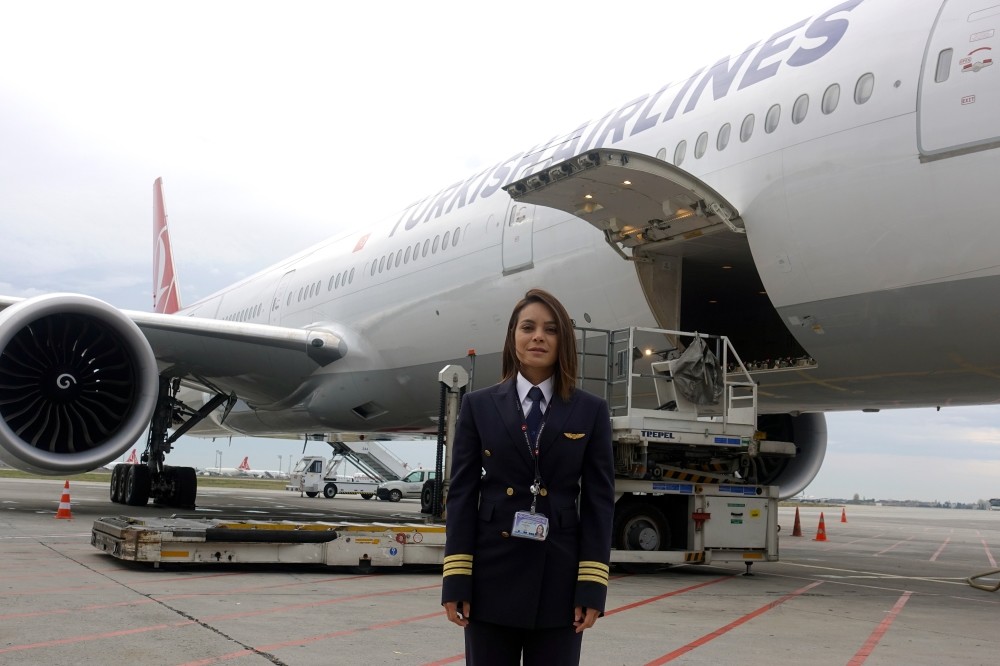 Alejandra Maria Gomez Rozo always dreamed about becoming a pilot and now he is realizing her dreams with THY.
by Anadolu Agency Dec 27, 2018 12:00 am

Working hard to realize her dream of traveling the world and flying one of the biggest airplanes ever made, Colombian female pilot, now settled in Turkey, is living the life over the clouds

Discovering the world, and traveling to the least known places on earth, is a passion for some. Since she was a little child, Alejandra Maria Gomez Rozo from Colombia was dreaming of what the world has to offer. Her passion for travel as well as flying above the clouds led her to the other side of the world, to Turkey, where she works as a pilot for Turkish Airlines (THY).

Born to a family of four in Bogota, Gomez always dreamed of becoming a pilot. When she was just 3-years-old, she began to talk to her mother, who is a teacher, and father, an engineer, about her plans of becoming a pilot when she grows up. With the help and support of her family, Gomez studied civil aviation and realized her dreams of flying in an airlines company in her home country.

Today, Gomez and her family live in Istanbul while Gomez flies around the world for THY.

"I wanted to become a pilot ever since I could remember," said Gomez, recalling her childhood years.

However, the idea of becoming a pilot first came to Gomez after seeing her uncle in a pilot's uniform.

"Whenever my uncle came to visit us in his uniform, he enchanted us and took us under his spell. I admired him. He always talked about the places he went and the things he experienced while flying. I also wanted to become a pilot for my father who could not go to an aviation school due to financial difficulties," said Gomez.

Although her father could not become a pilot, he and Gomez spent hours on machines and motors, studying them. By becoming involved at an early age, Gomez made up her mind to live her life above the clouds and enrolled into an aviation school after high school.

Despite many successful female pilots flying all over the world, there are still not enough female pilots. The gender discrimination that has been rooted in many societies makes people think that becoming a pilot is a man's job. This prejudice also put Gomez in a tough situation as there are not many female pilots in Colombia.

"After graduating from the aviation school, I had hard time finding a job. After many months of job hunting, I managed to sign a deal with a small airline. For 2.5 years, I had a pretty full schedule. Then I transferred to a cargo company where I worked for five years," said Gomez.

Looks can be deceiving

With her petite figure, Gomez said most people do not believe she is actually a pilot.

"During the first years of my career, I struggled with many prejudices due to my appearance. I still have to overcome them. They ask me 'How could you be a pilot? Aren't you supposed to be strong to be able to handle a Boeing?' Just last week, a woman in Bangkok was shocked to see me in my uniform. She wanted to take pictures with me," Gomez said. 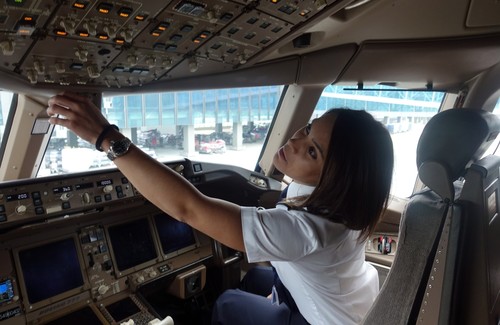 Despite many obstacles, Gomez continues to climb up career steps.

After five years of flying a cargo plane, Gomez was let go by the company she was working for so she applied to all the job listings looking for a Boeing 777 pilot.

"I applied to jobs in Far East as well as in Turkey at THY. I told myself that I would be

accepting an interview with the first company to return me and a couple of days later, I received a call from THY," said Gomez. Gomez fell in love with Istanbul when she came to the city. After a short time, she began flying for THY, one of world's best airline companies. A month after she began to her new job, THY launched its first direct flight to Bogota.

"It was an incredible opportunity for me to go and visit my family," said Gomez. "That is the thing about working at THY, you can go to wherever you put your finger on a world map. I love to discover the world and that is why I travel on my off days and holidays. If I stayed in Colombia, I could not have all these experiences and see all the places that I have been."

Gomez adores Istanbul except for one thing - the traffic.

"Istanbul is a huge city," Gomez said. "You can find anything you want on the streets of Istanbul. One needs a lot of time to discover every corner of the city. Whenever I go to Sultanahmet, I discover new streets and stores, and I meet new people. I am very curious about history so I spend my spare time in the historic places of Istanbul such as the Grand Bazaar and Basilica Cistern."

Gomez also loves Turkish cuisine and says her favorite food is "karnıyarık," which is eggplant with minced meat.