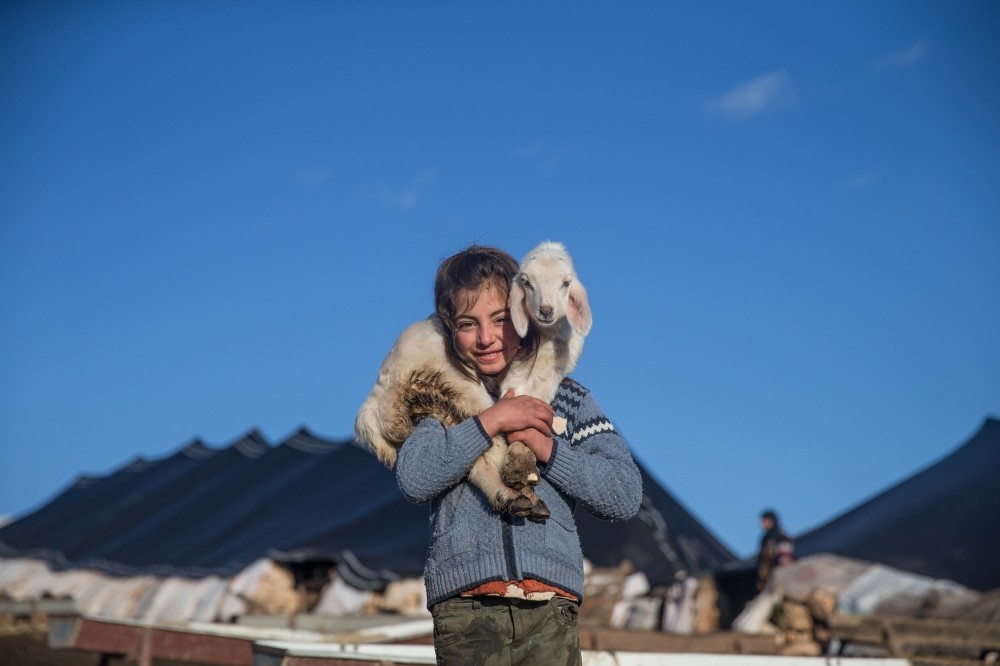 With winter sweeping in, Turkish nomads' journey to the lower parts of Anatolia has begun. To keep their cattle fed and their families warm, the nomad families spend the summer in the southeastern province of Şanlıurfa

The life of a "Yörük" (Turkish nomad) is a hard one. They earn their livelihood by breeding cattle, which means they have to migrate when the seasons change to keep their animals fed. Living in tents on mountain slopes, mostly away from the modern world, Yörüks are keeping the spirit of the nomad Turks alive.

Moving from one place to another in different periods of the year to keep their sheep and goats fed and spending their lives chasing their flocks, nomad families work hard despite the cold weather in Şanlıurfa province, where they have come to spend the winter. Spending the summer on the plateaus of Erzurum, Van, Elazığ and Muş provinces in the eastern Anatolia region as it is cool, the breeders come to Şanlıurfa, which is warmer than other cities, when the weather starts to cool down. 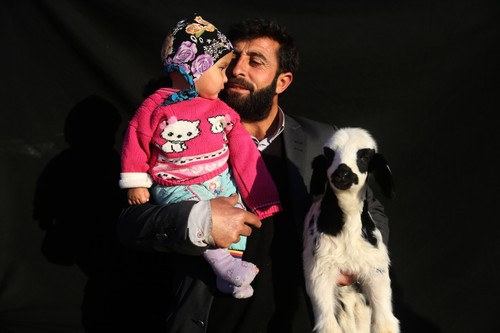 A Yörük man poses with his daughter and lamb.

They live in tents they set up in different fields of the city, which is appropriate for husbandry, during winter and spring. This is why they have to lead a life lacking many modern facilities, including education, healthcare, technology and social interaction. Taking care of hundreds of animals, the breeders dedicate their lives intertwined with nature to their flocks. The fertile pastures, thanks to plentiful rain in autumn, made them happy. They want to have a fertile year.

Settling in the Aşağı Taşlıdere neighborhood of Şanlıurfa's Ceylanpınar district on the Syrian border, the Çetins have been nomadic for three generations. The family works feverishly in the winter season. Setting up tents for both themselves and their animals, they sustain their difficult lifestyle starting before sunrise and continue until well after sunset.

Yörük Mustafa Çetin, 43, from the Çetin family, told Anadolu Agency (AA) that he has been doing this job since childhood and continues his grandfather's occupation. Stressing he likes and enjoys his job even if it is difficult, Çetin continued, "We migrate to different regions according to the seasons every year to keep our animals healthy. We go to Siverek district's Karacadağ neighborhood in the summer. We stay in Bingöl province's Kaarlıova district until autumn. When the weather starts to cool down, we go to Şanlıurfa, which is relatively warm. Our job is very difficult, but we love dealing with animals. I was born and raised in a tent. I have never gone to school, but I try to make my children receive educations as much as I can. We deal with the animals as a family. We also hire a shepherd. We had a rough go of it last year because there was no rain. We had to give animal feed to our sheep and goats. However, there is plenty of rain this year. Thanks to the rain, the pastures grew. Therefore, our animals could get full without needing extra feed. I hope it will be rainy in the spring as well, and we will see a large return for our efforts."

Şükran Çetin also said they settled here a while ago. She indicated that they start their hard work before sunset every day.

Noting she does not neglect housework while taking care of the animals, Çetin added: "We were raised in this environment. Our lives passed in tents, following the animals. Many people cannot do this job, but it is not hard for us since we've gotten used to it. In winter, we have more work to do because sheep start to give birth. We take care of them like our own children. We feed and milk them. As it is cold, it gets harder to live in tents. Having a shower is a problem. We often work all day without taking breaks, but we do not complain. This is our job. By the way, I do not want my children to do this job."

Karacadağ Nomads Association President Hamza Ağan reiterated that a large number of families have been leading nomadic lives in Şanlıurfa to raise animals for years.

Implying that these nomadic people have hundreds of animals and take excellent care of them despite all the difficulties, Ağan reported that the families in question make a great contribution to the country's economy.