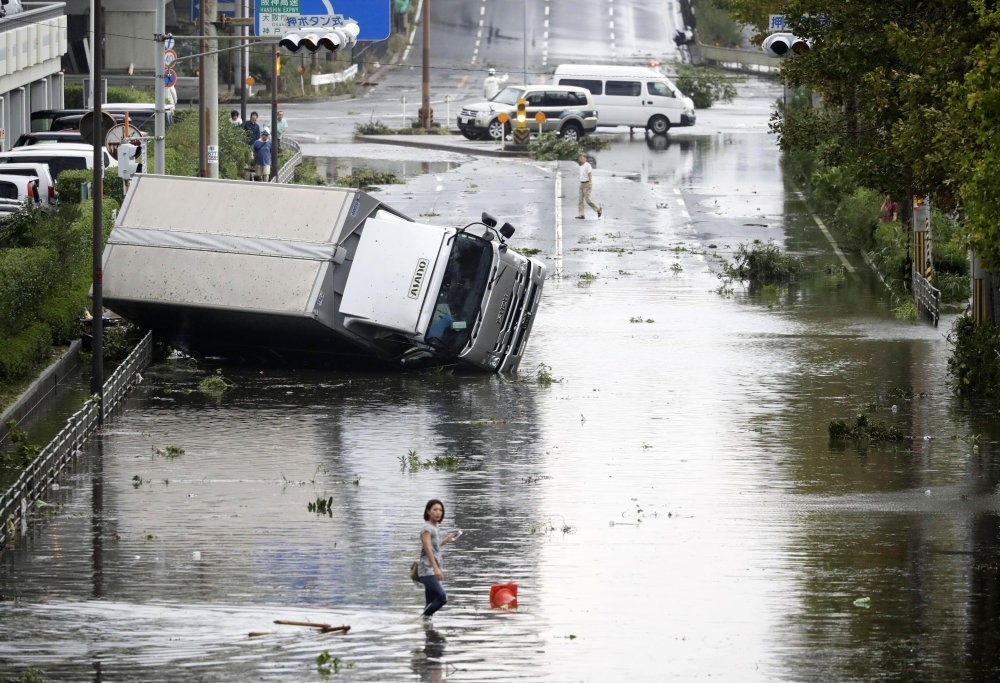 Natural disasters that hit people around the world in 2018 are just a preview of what is next, say scientists if the threshold for the global temperature rise is crossed. But will the efforts be enough to prevent climate change-related disasters this year?

Mankind has finally woken up from the dream that our planet will be able to sustain us for eternity. The year 2018 witnessed natural disasters that cost the lives of thousands of people and proved that if the necessary precautions are not taken as soon as possible, searching for a new home out in space will not just be an ambition but our only chance for survival.

The dramatically increasing and severe effects of the rise in the Earth's temperature are felt everywhere around the world and manifest themselves as extremely unpredictable weather events and natural disasters, which are affecting the crops that sustain us and the water that we drink to survive. And this has happened with an only 1 degree rise in the global temperature. The United Nations recently alerted people around the world that we have 12 years to prevent a climate catastrophe. If nothing changes, the damage will be so irreversible that everything from then on will be go down the hill.

Starting now, massive cuts in man-made emissions are essential if global warming is to be kept to 1.5 degrees above pre-industrial levels by the end of this century. Even half a degree beyond that will significantly raise the risks of drought, floods, extreme heat and poverty for hundreds of millions of people, as well as dooming all the world's coral reef systems and, probably, Arctic sea ice. Scientists and environmentalists have been warning us for many years now but unfortunately an example is better than a precept. It took enormous natural disasters for mankind to understand how our lives will be in the next decades if no preventative actions are taken. 2018 has been a wake-up call for us but it was also a sneak preview at what is next to come.

The hurricanes Florence and Michael caused massive destruction in the southeast U.S. during the Atlantic storm season. In the Pacific, Super Typhoons Mangkhut and Yutu rocked the Philippines, Guam, South China and the Mariana Islands. Argentina and Uruguay experienced severe drought.

In May, the Pakistani people experienced one of the deadliest heat waves of their history. For several days, the city of Karachi was above 40 degrees during Ramadan when most people were fasting from dawn to night. According to reports, 180 people lost their lives during the heat wave most of them being women and children.

Floods were the biggest natural disasters in 2018 with reports coming from all over the world throughout the year. According to the Red Cross, the flood that hit North Korea in early September resulted in 151 deaths while thousands of people ended up homeless. The same scenario, occurred in Nigeria in the same month which caused half a million people to leave their homes. The flood caused the death of approximately 200 people and affected roughly 2 million. Japan was also hit by a severe flood in July which caused landslides. Officials said the flooding was particularly bad because much of the rain fell in mountainous areas and funneled down into cities. The flood in Japan cost the lives of 220 people. Monsoon flooding in India killed more than 300 people, mostly due to falling debris after landslides. On December, 22, a tsunami struck the western coast of Java in Indonesia, killing at least 430 people and triggering a state of emergency in the region.

The cost of disasters

Scientists are not able to pinpoint whether natural disaster is a result of a man-made incidents or global climate change; however, according to a study released by the charity Christian Aid, climate change-induced disasters cost nations at least $100 billion worldwide in 2018.

"[The year] 2018 showed the catastrophic threat that climate change presents the world and this was just a shadow of what would come if temperatures continue to rise," Kat Kramer, the global climate lead for the Christian Aid group, told Agence France-Presse (AFP).

The most costly disaster of the year were the hurricanes Florence and Michael, which caused an estimated $17 billion and $15 billion worth of damage, respectively.

Christian Aid found that four events - including the California wildfires, drought in southern Europe and widespread flooding in Japan - cost at least $7 billion each.

For months, scientist after scientist has been warning the public that this year, the extreme weather events will make life worse than ever.

The recent reports show that an El Nino event is very likely under way, amping up extreme weather already made worse by climate change and increasing the odds that 2019 will be the hottest year in recorded human history.

According to National Geographic, the top four hottest years have been the last four, 2015-2018, driven by increased emissions of heat-trapping carbon dioxide (CO2), which have also reached record levels, according to the World Meteorological Organization (WMO).

Since the temperature rise will continue in 2019, this year, the world is likely to witness more tornadoes, tsunamis, wildfires, floods and droughts.

"The world's weather is becoming more extreme before our eyes - the only thing that can stop this destructive trend from escalating is a rapid fall in carbon emissions."