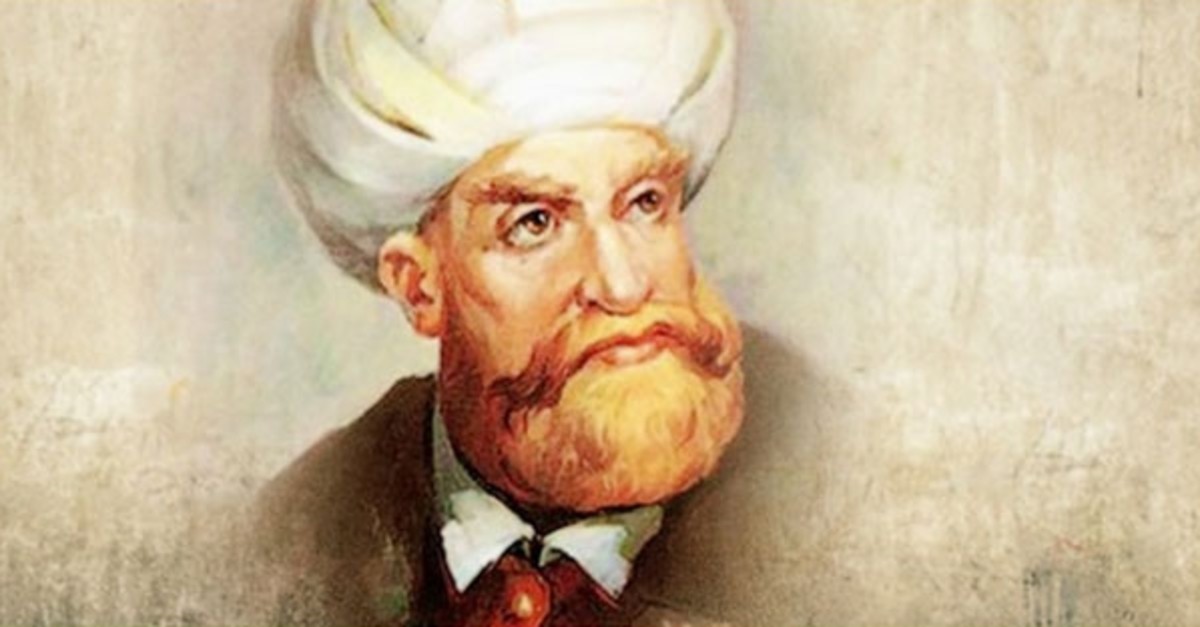 The Ottoman Empire became a significant player on the world stage after becoming a great naval power in the 16th century. Our navy, which flew our flag during the recent naval drill Blue Homeland in the Aegean, Black Sea and the Mediterranean, revealed that it is following in the footsteps of Barbaros Hayreddin Pasha, whose tomb its warships saluted as they were crossing the Bosporus at the end of the drill.

Many believe the sea did not play a significant role in our history and that Turks tended to avoid the sea throughout history. These assumptions are based on a lack of research about Turkish maritime history. However, research carried out and various theses supervised by İdris Bostan, a prominent scholar of Ottoman maritime history, have proved that our naval history has been neglected and under researched.

Turks became acquainted with seamanship on western Anatolian shores, where Emir Çaka Bey took the first steps in navigation. After Çaka Bey, Turkish principalities in western Anatolia like Aydınoğulları, Karesioğulları and Menteşeoğulları stood out in seafaring, and Ottoman seafaring itself was based on the tradition of western Anatolian sea-ghazis that emerged in the early 14th century. Established as a land-based power, the Ottoman principality subsequently engaged in naval operations as it conquered principalities and recruited their seamen and fleets.

During the reign of Bayezid I, Gallipoli was chosen as the site of a naval base and shipyard. Mehmed II, also known as Mehmed the Conqueror, launched operations in the Mediterranean and Black Sea after conquering Istanbul. Bayezid II employed Turkish corsairs in the Mediterranean in state service and expanded the navy. Selim I enlarged the imperial shipyard in Istanbul.

By the period of Süleyman I, Ottomans had already become the strongest land force in Europe but could not match this success at sea.

Sultans of the seas

During the periods of Bayezid II and Selim I, the Ottoman navy expanded in terms of the number of ships as existing shipyards were enlarged and new ones were built. The next move was to employ experienced sailors in the Ottoman navy.

When Süleyman I invited Barbaros Hayreddin, the sultan of Algiers who entered Ottoman service during his father Selim I's reign, to Istanbul and appointed him grand admiral in 1534, the Ottoman navy became the most powerful sea force in the Mediterranean. Süleyman I appointing Barbaros as naval commander and granting him the title of vizier was a turning point in Ottoman maritime history.

The Ottoman naval organization was fashioned as a province under the name of "Cezayir-i Bahri Sefid," headed by a naval commander who had both administrative and military duties.

In 1538, Barbaros defeated a Christian alliance fleet commanded by Andrea Doria at the Battle of Preveza.

Thanks to its powerful navy, the Ottoman Empire could help Muslim states in India and the Far East and ensured maritime security for commercial and religious purposes.

In an inscription dated 1538 – the famous Bender Inscription – Süleyman I was described as a sultan "who sends his fleets to the seas of Europe, the Maghreb and India."

The Ottoman fleet reached the peak of its power in the Mediterranean after winning the Battle of Djerba in 1560, and Cyprus was conquered shortly after with the help of that dominance.

Ottoman sultans thus became known as the "sultans of the seas."

Ottoman sea ghazis based in three provinces in North Africa – Tripoli (Libya), Algeria and Tunisia – ventured beyond the Mediterranean into the Atlantic.

Barbaros Hayreddin Pasha died on July 5, 1546. His death was noted in history with the words "Mate Reis'ül-Bahr 953/1546" ("The Captain of Seas passed away"). He was buried in a tomb constructed for him next to a madrasah he built in Beşiktaş when he was alive. He had requested to be buried here, near the port from where the Ottoman fleet used to set sail; thus, he would not be far from his beloved sea and ships even after death. Before leaving Istanbul, the navy used to drop anchor off the Hayreddin port in Beşiktaş first and then departed.

After finishing the Black Sea exercises of the Blue Homeland naval drill, a group of Turkish warships saluted the Tomb of Barbaros, the legendary grand admiral, by tooting three times as they were crossing the Bosporus off the coast of Beşiktaş, with all the crew standing on deck. Our navy has revived this tradition after a long hiatus. It will be continued from now on as well. The Barbaros tomb, which used to be opened to visitors half a day a week, is now open five days a week thanks to a new navy directive.