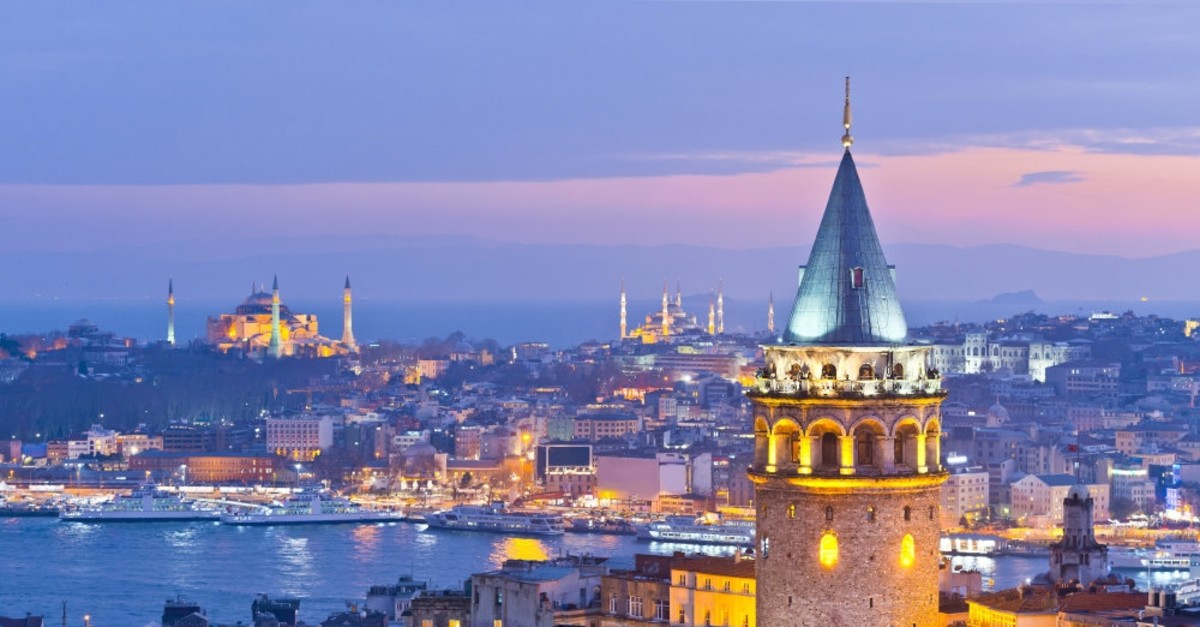 The divine city of Istanbul is a joy to admire from a distance, but it is a delight to discover its streets, historic districts and, more importantly, the food up close

Tolerance, history, architecture, music, monuments, tulips, dolphins, gourmet food, tradition, modernity, warriors, poets, academics and scholars converge in Istanbul, the jewel in Turkey's crown. Istanbul rolls off the tongue, detonating a starburst of romance, intrigue, the clash of empires and a misunderstanding about its name. It is often supposed that Constantinople, the Byzantine name, was reinvented in Turkish as Istanbul. Actually, local Greeks had always referred to Constantinople as "is tim bolin," which means "to the city."

The conquerors pronounced it Istanbul, which is also the seat of Orthodox Christianity's Patriarchate and its biggest cathedral, the Hagia Sophia, the shrine to divine wisdom. Today, as a museum and a UNESCO World Heritage site, it exemplifies tolerance and sagacity. The underside of the apse semi-dome of the Hagia Sophia exhibits the original icon of the Virgin Mary and baby Jesus, stunning visitors with the clarity of its colors.

Hagia Sophia was converted into a mosque by right of conquest in 1453, but the icon was retained, in mute testimony to the astute goodwill of Ottoman Sultan Mehmed the Conqueror. He also ceremoniously installed Gennadius Scholarius as the Ecumenical Patriarch of Constantinople, making him the second-biggest property owner of the Ottoman Empire. 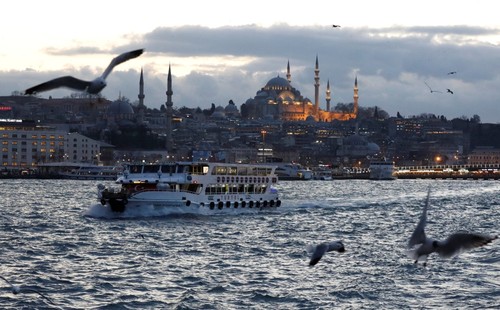 Outside, in brilliant luminosity, Sultanahmet Square pulsated with life between the domes and minarets of the Hagia Sophia and the Sultanahmet Mosque (widely known as the Blue Mosque) at opposite ends. During the spring tulip festival, Sultanahmet Square radiates an unearthly beauty of color-coded tulip beds. Native to Turkey, tulips have inspired the shape of turbans and tea glasses. Trees flaunt their glorious blossoms and squealing children frolic on the lawns. Stalls of sesame coated simit snack bread, corn on the cob, ice cream and other delights fill the golden sunlight. Sultanahmet Square is a close walk to the Beyoğlu District, teeming with centuries of multi-rooted culture. From its sweeping waterfront, you might even be lucky enough to see dolphins showing off their leaps between the two halves of the megalopolis. The district's roof-top cafe-restaurants proffer stunning views of the skyline and the Bosporus. Wraps are available to ward off the evening chill and trendy patrons fill the terrace-top tables set between overflowing flower boxes.

The soul of Istanbul

Nearby, Topkapi Palace's privy chamber houses relics exclusive to Islam and others common to the Abrahamic religions. Historical Ottoman treasures are displayed in the Topkapı Museum.

From the Beyoğlu district, a memorable walk along streets that undulate through charming neighborhoods of vibrant architecture, reach the Galata Bridge. Restaurants under the bridge specialize in grilled fish, rice with mussels and other dishes.

Die-hard carnivores, though, might prefer to cross the water for the gourmet pleasures of the Galata and Karaköy area, north of the Golden Horn-Bosporus junction. This district's 14th century Galata Tower provides sweeping views of Istanbul's refreshingly low skyline, interspersed with its signature domes and minarets. There is no feeling of being hemmed in by vertically overpowering concrete tower blocks.

Istanbul does, of course, have its high-rises, but in soothing beige and brown combinations which harmoniously accommodate the traditional arches, pillars and domes within the unity of modern glass and concrete. The steep cobblestone streets leading to Galata Tower are not exhausting as the temptation to stop at the overflowing boutique shops provides timely breaks. They are well-lit, their goods attractively showcased and the shopkeepers polite and efficient. Eateries also abound to entice passersby.

Turkish food at its best

The variety of Turkish cuisine pleases the most jaded palates, and the scale of prices makes them inclusive. Even in a restaurant, there is no pressure to order a three-course meal, and the natural courtesy of the restaurateurs guarantees a pleasant dining experience. Check out places where young Turks hang out, often singing in groups. They are friendly and if you like the look of a dish they're eating, ask them what it is. They'll even help you order it!

To eat really well, without any frills, look out for the Esnaf Lokantası sign of working men's "artisans' restaurants." They serve wallet-friendly, traditional hearty fare. On the way out, ring the bell by the door if you're satisfied! And the Ev Yemekleri sign is a jackpot. It'll usually be a hole-in-the-wall enticing you with home cooking, such as Güveç stew by the talented chef Isme Rose in Üsküdar district, in the heart of the old Armenian and Jewish quarters on Istanbul's Asian side. The fish market and the commercial area is where the shoppers aren't tourists, and lunchtime restaurant patrons are local tradespeople. So, enjoy your lunch of "fırında kuzu tandır," which is roasted tandoori lamb served with buttery rice pilaf or fluffy bulgur. Follow up your choice with a oven rice pudding or the sumptuous Balkan trileçe and finish off with rose tea in tulip cups.

However, the disappointing quality of Istanbul's English signs struck an odd note with the overall sense of efficiency perceived by foreign eyes. That said, in addition to the monuments mentioned in the preceding paragraphs, tourist guides are justifiably eloquent about Topkapı Museum, all the covered bazaars, mosques, churches, universities, İstiklal Avenue, Taksim Square, Dolmabahçe Palace, the Ihlamur Kasrı Palace annexes and many other places that will beckon to you as you wander through this magical city. Just make sure your shoes don't let you down.