A journey that changed modern Turkish history 100 years ago 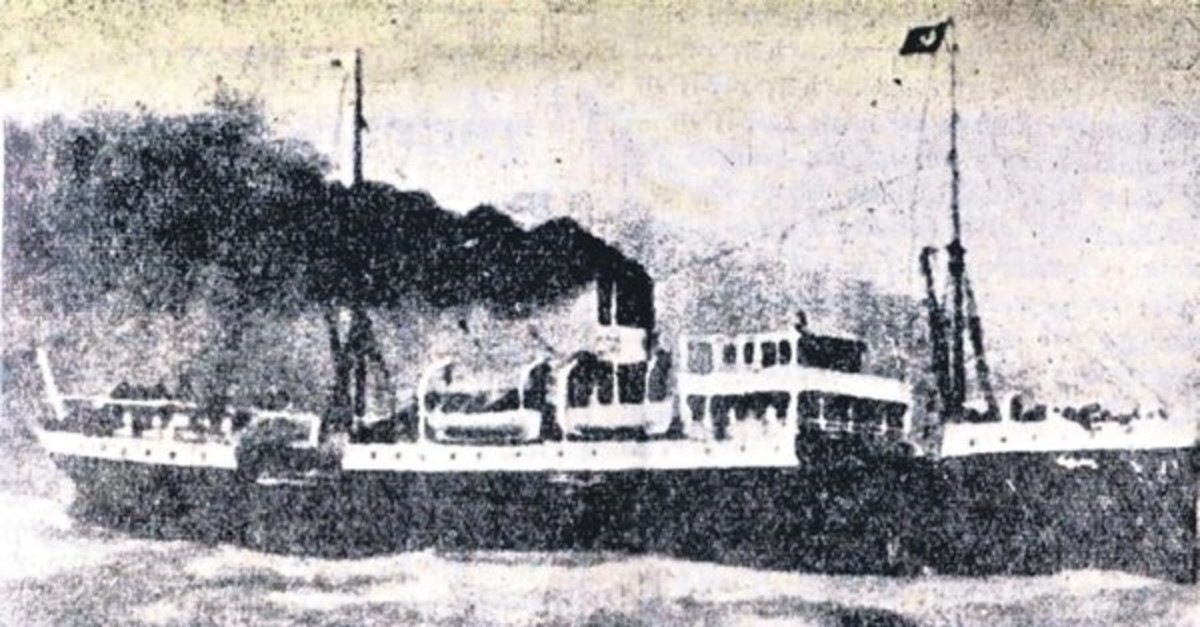 A journey aboard the steamer Bandırma on May 16 a hundred years ago was among the most decisive milestones in Turkey's history. The Turkish nation found the resolution and determination in Mustafa Kemal Atatürk, who landed in Samsun on May 19, to fight the occupiers of its motherland and threw off the yoke of enslavement imposed on it.

The Ottoman Empire signed the Armistice of Mudros, which marked the end of World War I for it on Oct. 30, 1918.

Only 13 days after the signing of the armistice, on Nov. 13, 1918, an enemy fleet of 61 warships arrived in Istanbul. On Nov. 15, the number reached 167. Nearly 3,000 British, Italian and French soldiers landed in Istanbul. Strategic locations in Istanbul were occupied.

Those worried about the motherland began to seek a way out of this situation. They gathered to discuss how to end the occupation. At the end of these meetings, the name of a commander who won a great victory at Gallipoli, Mustafa Kemal Pasha, rose to prominence. Murat Bardakçı in his book "Şahbaba" and Zekeriya Türkmen in "Mütarekeden Milli Mücadele'ye Mustafa Kemal Paşa (1918-1919)" give a detailed account of the journey to Samsun based on historical documents.

Preparations for the journey to Samsun

The appointment of Mustafa Kemal Pasha as the inspector general of the 9th Army Troops was announced in "Takvim-i Vekayi," the Official Gazette at the time, on April 30, 1919. The same day, he presented to the "Harbiye Nezareti" (Ministry of War) a list containing the names of those he would take with him to Samsun.

On May 6, War Minister Şakir Paşa officially handed Mustafa Kemal the letter of instructions that specified the duties he would carry out. He was given broad powers. He would have the authority to give orders not only to army commanders but also to civilian administrators.

The Black Sea coast was under de facto British occupation. On May 14, Atatürk sent the list of his staff to the Ministry of War and asked for a British visa.

The list, which contained 23 officers, 25 soldiers and six horses, was approved by the British Liaison Office. Even this procedure itself shows the gravity of the situation the country was in.

While these procedures were underway, the Greeks occupied İzmir on May 15.

Mustafa Kemal Pasha was received by the sultan in a private audience on May 16, before his departure. With this meeting, all the preliminary stages before the journey to Samsun were completed.

Mustafa Kemal Pasha asked those who wanted to come to bid farewell, "Please do not come so as not to catch the attention of the British." After exchanging farewells with his mother and sister at his home in Şişli, he went to the Galata quay. From there, he was taken to the Steamer Bandırma, which was awaiting him off Kız Kulesi.

Just before sailing into the Black Sea, British inspectors came with a patrol boat to check visas and searched the ship looking for weapons and contraband.

The Steamer Bandırma arrived at the port of Samsun on May 18, after a two-day journey.

When he set foot on Samsun on the morning of May 19, Mustafa Kemal Pasha sent five separate cipher telegrams to the sultan, to the office of the grand vizier, the interior ministry, foreign ministry and the general staff, to inform them that he had begun his duty. The journey to Samsun was a crucial milestone that would bring an end to the miseries of a nation. The total land area of the Ottoman Empire, which stood at some 5 million square kilometers in 1881 when Mustafa Kemal was born, shrank to below 300,000 square kilometers 39 years later, after the signing of the Treaty of Sèvres in 1920.

An empire that had stretched from Yemen to Albania disintegrated in 10 years due to huge administrative and military mistakes. It suffered a great defeat in World War I. Despite that, the Turkish nation managed to find the resolution and determination to throw off the yoke of slavery imposed on it, formed the Defense of Rights Society (Müdafaa-i Hukuk Cemiyeti) and the Rejection of Annexation Society (Redd-i İlhak Cemiyeti), and began fighting for liberty.

With the arrival of Mustafa Kemal in Samsun on May 19, 1919, the Turkish nation found the leader who would lead it to victory.

Turks' devotion to their country

As with its countless other victories throughout history, the Turkish nation also won the Independence War thanks to its devotion to the country. Turks' love for their country had been described by various chroniclers from very early times onward. Al-Jahiz, a prominent figure in ancient Arab literature, describes Turks' love for their country in "Fezailü'l- Etrak" ("The Virtues of the Turks"), a 9th-century text which is the oldest book on Turks in the Islamic world: "Turks do not know cheap flattery, gilded words, double-dealings, acting, adverse criticism, hypocrisy and evil against their friends. Certain opinions have not corrupted them. Others' possessions are not permissible through fraud. They do not oppress their friends. Their love for and devotion to their country is great and intense. Their only defect is their keen devotion to their country and their customs. Of all non-Arab peoples, it is Turks that long for their country most. Love for the motherland encompasses everyone and every place. But this love is at its most in Turks."

According to Mustafa Kemal Atatürk, "What matters most is that the Turkish nation should live as a dignified and honorable nation. And this can be ensured only through achieving full independence."

Years later, in an address to Turkish youth in 1937, Mustafa Kemal described the process leading to his arrival in Samsun, his mood at the time and his unwavering trust in the Turkish nation:

"The day I set foot in Samsun in May 1919, I had no material power in my hands. It was only the highest spiritual power that stems from the nobility of the Turkish nation that filled my conscience. Trusting only this power and my nation I set upon my mission."

Mustafa Kemal wrote the following lines in his notebook when he arrived in Samsun:

"From the day I arrived in Samsun on 19 May 1919, I began contacting the existing national organizations across the country, and strengthening and expanding the organization everywhere. I launched these efforts for informing all troops (be they under my command or not) and for the sake of the national goal and organization. Extensive correspondence was held with the 13th, 15th, 20th and 3rd Army Corps, with the Inspectorate of the 2nd Army Troops along with the 12th Army Corps based in Konya and the 14th Army Corps based in Bursa, which were within the jurisdiction of that inspectorate, and with some individual division commands."