Writings on 'Turkishness' in the Ottoman legacy 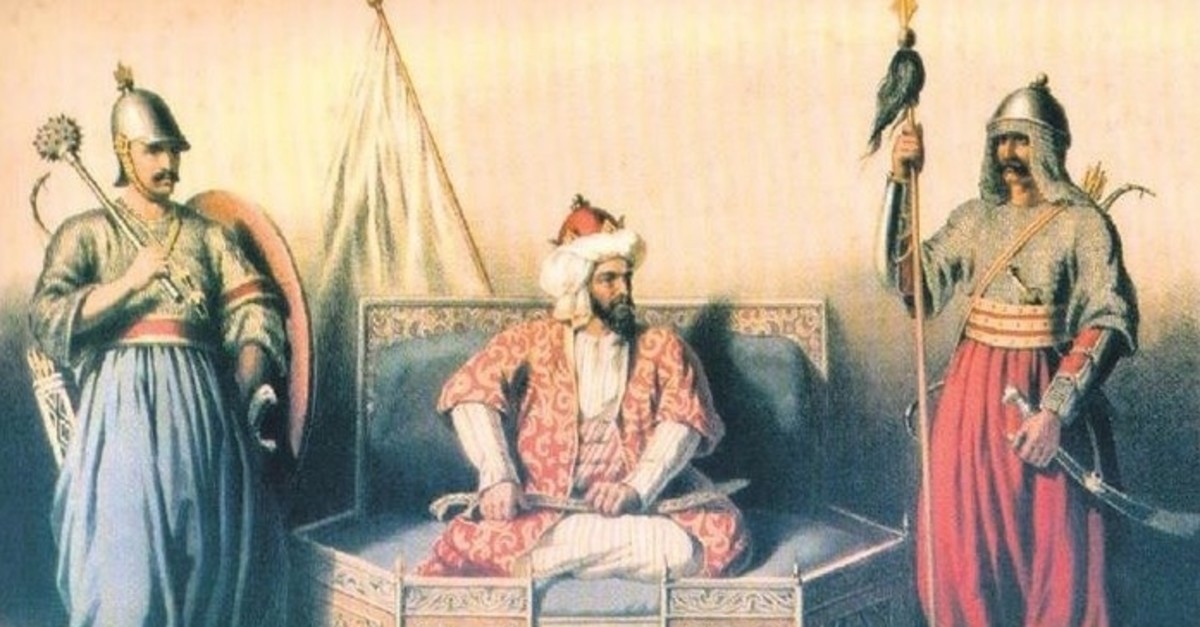 Like the Seljuks, Karahanlıs and Ghaznavids, the Ottoman Empire was a Turkish state. But what should always be kept in mind is that the Ottoman state was an empire and the modern understanding of nationalism did not exist back then

Various works of academic research have revealed that claims about the Ottomans having insulted or scorned Turkishness are not grounded in reality. Works by historians like Mehmet Öz, Hakan Erdem and Tufan Gündüz on this subject can be looked at for insight.

Those who point to negative phrases about Turks like "etrak-ı bi-idrak" ("unperceptive, silly Turks") in the works of some Ottoman chroniclers assert that Turks were humiliated during Ottoman times. This is an inconsistent approach. For when the works of Ottoman chroniclers are analyzed, it is seen that such expressions about Turks do not refer to an ethnic identity but rather to a sociological and political situation.

Also, this expression was usually meant for those involved in various acts against the state's authority, for the Turkmens who allied with Tamerlane, Şeyh Bedreddin, Uzun Hasan or Shah Ismail, or Şehzade Bayezid, son of Süleyman I (Kanuni), during his rebellion, or for those who took part in the Celali rebellions that ravaged Anatolia.

Ottoman chroniclers used such expressions to denigrate those who supported an enemy, or rebels. It is seen that this expression was used even for slave soldiers who were not ethnically Turk but stood against the state authority. Mehmed Halife's book "Tarih-i Gılmani" is a good source in this regard.

Various Ottoman chroniclers resorted to such negative expressions to denigrate not the Turkish identity but those who refused to comply with the state's rules. Semi-nomadic Turkmens were especially targeted as they failed to adapt to the state's constraints and harassed sedentary populations.

It's possible to see similar expressions used in the works of Ottoman chroniclers when referring to other peoples as well. For example, nomadic Arabs were sometimes referred to as "Arab-ı bed-fidal" ("Arabs involved in evil deeds"), "Arab-ı bed-rey" ("evil-minded Arabs"), or "Arab-ı şekavet-şiar" ("Arabs used to banditry"). In other words, the popular claim that Arabs were referred to only as "kavm-i necip" ("noble people") is not true. Names of peoples in such expressions do not denote an ethnic sense but refer to the ways of life of some communities.

Indeed, the expression "either a Turk or a city-dweller" mentioned in Fatih Kanunnamesi ("Fatih's code of law") in reference to punishment, clearly shows that the word "Turk" is used to refer to nomadic Turkmens and peasants.

When an incident or term is not interpreted within the context of its own time, it becomes an anachronism. We cannot approach history with today's concepts and though the current connotations of terms. Expressions used in historical books should be interpreted within their contexts and with a view to the conditions at the time.

Christian boys taken as "devshirme" were given to Turkish families in the provinces to learn both the Turkish language and Islam. That practice was called "giving to the Turk."

Chronicler Hadidi writes about it as follows: "One out of five children in a province are taken, registered in the books and given to Turks so that they serve Turks and learn the language."

The negative phrases used in reference to the words Turk and Etrak in the works of Ottoman chroniclers were not generalized. Those who point to the negative terms about Turks in these works tend to ignore the positive expressions in the same works.

Chronicler Mehmed Neşri writes in his book that when challenged by the Serbian King to a war, Sultan Murad I became angry and said, "God willing, I will show him the bravery of Turks," evoking his pride in being Turk.

In the book "Gazavatı-ı Sultan Murad," it is repeatedly underlined "how the infidels, who had previously spoken ill of Turks, could not stand against the Turks' martial skills and eventually fled." Tacizade Cafer Çelebi refers to the Ottoman soldiers during the reign of Mehmed II the Conqueror as the "Victorious Turkish army."

Solakzade, a 17th century chronicler, uses the word "Turk" with a positive meaning throughout his book and describes Cem Sultan as "Son of the Turk who conquered Constantinople, son of the Turkish sultan."

Mustafa Ali of Gelibolu, a prominent 16th century chronicler cites Turkish tribes as "a distinguished people, a good ummah" in "Künhü'l Ahbar," his book on the history of the world. In his memoirs, Tahsin Paşa refers to the Söğüt Regiment [Abdülhamid II's personal bodyguard regiment] as "a troop of the Karakeçili tribe, through whose veins runs the noble and sacred blood of the Turkish race."

Apart from these, such positive expressions are seen also in the books of many other Ottoman chroniclers.

It is claimed here and there that the "Turk" was a donkey for the Ottoman Sultan Selim "Yavuz" I. But Yavuz had not made such a remark about Turks.

If we are to believe this totally groundless claim, during the correspondence between Yavuz and the Safavid ruler Shah İsmail before the Battle of Çaldıran, Yavuz wrote, "I, Sultan Selim, the son of Sultan Bayezid, and you a donkey Turk."

We have four letters, two of them in Persian and two in Turkish, sent by Yavuz to Shah İsmail. In these letters, Yavuz addresses Shah İsmail as either "İsmail Bahadır" or "Emir İsmail."

In "Dilberler Destanı," Nuri of Tokat, a 19th century poet, evaluates Arab, Greek, Armenian, Albanian, Bosnian, Tatar, Kurdish, Circassian, Jewish, Gypsy, Turkish, Georgian and urban women from his point of view, with reference to their physical characteristics and behaviors. He uses disparaging phrases about nine out of 13 communities but avoids negative adjectives only about Turkish women. Besides, most poems in our folk literature contain positive statements about Turkish women. Again, expressions attributed to Koçi Bey [a high-ranking 17th century Ottoman bureaucrat] are not related to ethnic identity or exclusively about Turks. He uses them when referring to those (Turk, Yörük [nomadic Turk], Jew, Kurd, Laz, Gypsy, non-Muslim) who entered public service in defiance of regulations on the devshirme system.

Another claim holds that, for Mehmed VI Vahdettin (the last sultan), Turks were ignorant people whose religion, ancestry and origins are uncertain. Murat Bardakçı, who carried out the most comprehensive research on Vahdettin based on documents and who is the sole expert on the subject, has repeatedly written that this claim is totally groundless.

Similar claims about insults to Turks are either false or stem from distorted interpretations taken out of their context.

Ancestor of the Ottoman dynasty

An analysis of Ottoman chronicles reveals that the Ottomans were fully aware of their Central Asian roots and their Turkish identity. The Ottoman dynasty traced its ancestry not to "Caliphs or Genghis Khan," as many other neighboring states did, but to Oghuz Khan.

Ottomans come from the Oghuz ancestry and the Kayı Clan. Ottoman history is treated as part of the history of Turks in general. Would the Ottoman dynasty have traced its origins to Oghuz Khan if it had had an issue with being a Turk?

In fact, it is no coincidence that the son of Şehzade Cem was given the name "Oğuz" and the son of Bayezid II "Korkud." These were conscious choices within the prevailing political atmosphere at the time. Abdülhamid II put so much trust in Karakeçili Yörüks, whom the dynasty originated from, as to have them guard his sleeping room and used to address them as "my real fellow citizens."

The word Ottoman does not denote a nation. Similar to the "Selçuklu, Karahanlı and Gazneli," it is the name of a dynasty. Like the Seljuks, Karahanlıs and Ghaznavids, the Ottoman Empire was a Turkish state. But what should always be kept in mind is that the Ottoman state was an empire and the modern understanding of nationalism had not existed back then.