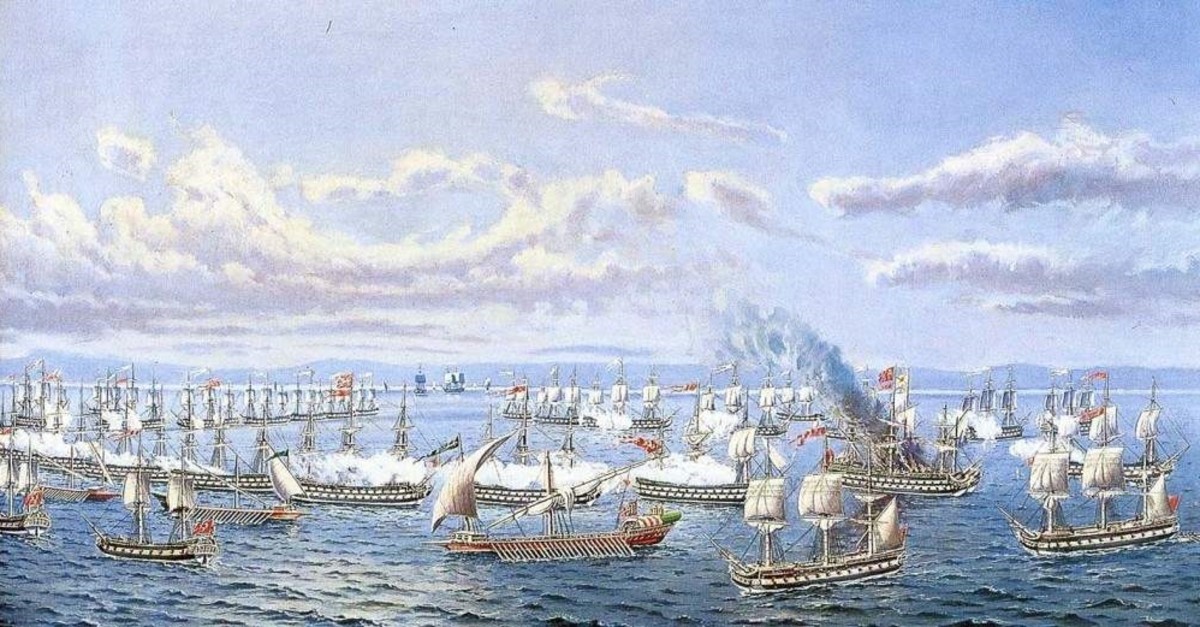 During the reign of Selim II 448 years ago, Cyprus, which was under Venetian control at the time, was conquered after a one-year siege and at the cost of thousands of martyrs to gain complete dominance in the Eastern Mediterranean

The first attempt by Muslims to conquer Cyprus was during the rule of Caliph Osman. At the end of a campaign launched at the urging of Muawiyah, the governor of Syria, Cyprus accepted giving a yearly tribute. Umm Haram, the aunt of the Prophet Muhammad, also fell as a martyr during the campaign. Her shrine, the "Hala Sultan Tekkesi," is on the Greek Cypriot side of the island today, near the city of Larnaca. Ottoman ships would salute this shrine with cannons when sailing away from Cyprus.

During the Egyptian campaign of Sultan Selim I, the Çukurova region was taken over.

Venice had been paying the Mamluks an annual tribute of 8,000 gold ducats in cash and goods like fabric. After the Ottoman Empire eliminated the Mamluks, Venice began paying that tribute for Cyprus to the Ottomans.

As all lands around the Eastern Mediterranean were captured one after another, the strategic importance of Cyprus further increased. Conquest of the island was necessary for completing Ottoman domination over the eastern Mediterranean.

Since 1489, Cyprus had been under the control of Venice, which was supporting piracy. As Ottomans aimed to establish full control over the Eastern Mediterranean, Venetian domination of Cyprus was inadmissible. In addition to preventing safe passage from Anatolia to Egypt, it also posed a threat to the security of Ottoman shores. Though Venice had been warned many times over the attacks of Cyprus-based pirates on Ottoman ships, nothing changed.

During the reign of Suleiman the Magnificent, Cyprus was set aside as priority was given to successive campaigns in the East and West. Under Selim II, however, Ottomans had no choice but to conquer Cyprus in order to secure domination of the Eastern Mediterranean. Lala Mustafa Pasha and his faction argued for conquering Cyprus as soon as possible. Sokollu Mehmed Pasha, on the other hand, gave particular importance to helping the Spanish Muslims (Moors) and to the Don-Volga canal project and claimed that a campaign to Cyprus might lead to an alliance in the West against the Ottomans.

In 1568, Selim II ordered preparations to be made for the conquest of Cyprus. Preparations continued through 1569. In order to scuttle a possible Western alliance against the Ottomans in the event of a campaign against Cyprus, a comprehensive capitulation treaty with France was signed.

After an Ottoman ship bringing sugar and rice from Egypt was captured in 1570 by pirates using Cyprus as a base, the Cyprus campaign was decided upon. The then-Shaykh al-Islam Ebussuud Efendi gave a fatwa that Cyprus, which had been once an Islamic land, should be recaptured by Muslims since madrasas and mosques there were destroyed by Christians. Thus, this task fell to the Ottomans, as the leaders of the Islamic world.

The Ottoman Empire tried to keep its relations stable with Austria and Iran to prevent an increase in military theaters during the Cyprus campaign. As the Ottomans were preparing their navy, Venetians began to suspect that the Ottomans intended to launch a campaign against them.

Once they understood that Turks were preparing to attack them, the Venetians appealed to the pope to form a Crusader alliance. German Emperor Maximilian steered clear of an alliance since there was peace between Austria and the Ottoman Empire. Because of its commercial relations with the Ottomans, France actively worked against the Venetians and dissuaded German principalities from participating in it.

Only Spain, the Papal States, the Knights of Malta and some Italian principalities supported this alliance.

Upon learning of this alliance, the Ottomans fortified the southern sanjaks (district) of the province of Bosnia and increased the number of ships in the navy. Before proclaiming war, an envoy was sent to Venice. The Ottoman envoy Kubad Çavuş expressed his state's complaints about the pirate attacks around Cyprus and the Dalmatian shores and demanded the handover of Cyprus for the continuance of peace. When the Venetian senate rejected that demand, the peace between the two states ended and the Ottoman forces moved to action.

For the conquest of Cyprus, Serdar Lala Mustafa Pasha and Grand Adm. Piyale Pasha set off for the island in the spring of 1570 in three groups, together with nearly 300 ships and 60,000 soldiers. Departing from Istanbul, the Ottoman fleet arrived in Finike and picked up the soldiers awaiting them there, anchoring in Limassol Bay by early July.

The first point to be captured was the Leftari Castle in this bay. Ottoman forces disembarked on Cyprus before the Crusader fleet came to the rescue of the island.

Two weeks after troops set foot on the island, Kyrenia was seized. Afterward, Nicosia, an important settlement, was besieged. While Behram Pasha was protecting grain and ammunition ships moored in Larnaca Bay, Piyale Pasha was waiting for enemy forces that might come by sea. Meanwhile, some troops were tasked with cutting off Famagusta's communication with the outside world. Concurrently, soldiers from the provinces of Damascus and Aleppo also arrived on the island. As Nicosia fell after a 50-day siege, the Paphos and Limassol castles surrendered. Then, Larnaca, which was called "Tuzla" by the Ottomans, was seized. The only important center that could not be captured on the island was Famagusta.

It was nearly winter when Famagusta, the last significant settlement on the island, was besieged. Its quite large and well-fortified castle could not be pressed like that of Nicosia since it was facing the sea on one side. During the siege, Venetian ships managed to supply ammunition and soldiers to Famagusta.

When spring came, Turkish forces began to press upon the city again. While artillery fire continued, the walls of the castle were being destroyed by tunnels dug underneath. Despite all efforts of the Turkish army, the city did not fall because of the efforts and heroism of Marco-Antonio Bragandino, the commander of the castle.

When the supply lines to the city were cut off, it became impossible for the city to resist any longer and the castle surrendered on Aug. 1, 1571. With the capture of Famagusta following an 11-month siege, the conquest of Cyprus was completed.