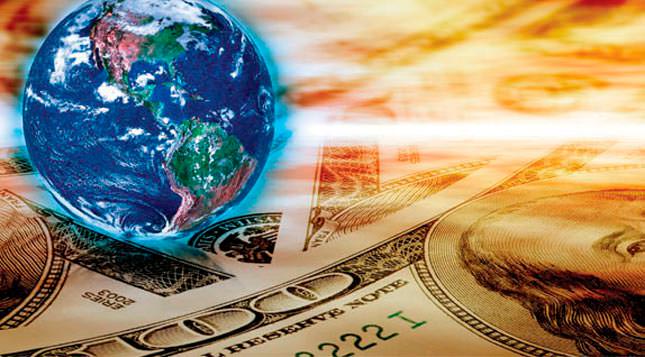 Russia's armed intervention in Ukraine and the rising tension with the West hit global markets yesterday, with major indices losing value and rubble hitting historic lows against the dollar and the euro

Compiled from agencies - Global stocks tumbled yesterday as tension over Russia's military advance into Ukraine and possible sanctions by Western governments intensified. U.S. stock futures fell 0.7 percent from a record high hit on Friday while Japan's Nikkei average tumbled 1.3 percent. MSCI's broadest index of Asia-Pacific shares outside Japan fell 0.6 percent. European shares were likely to start weaker, with the spread-betters expecting Germany's DAX to fall as much as 1.4 percent, France's CAC 1.2 percent and Britain's FTSE 1.0 percent. "It's a reaction to the escalation in tension in Ukraine over the weekend...the traditional risk proxies are getting hit and the safe havens are getting bid," said ANZ currency strategist Sam Tuck in Auckland.

Against the Swiss franc, another traditional safe-haven currency, the dollar slipped near Friday's two-year low of 0.8782 franc.

Gold was up 2.1 percent to $1,349.30 an ounce on safe haven buying. "No one wants a full confrontation between NATO and Russia. That's the worst scenario. Even Putin would probably not want it," said a senior proprietary trader at a Japanese bank. "My hunch is that, in the end, the West will be resigned that Crimea falls into the hands of Russia, given the historical background. But it will take some time, at least a month, for the issue to be quieted down. Until that [happens] the markets will be unstable," he added.

The euro also shed 0.2 percent against the dollar to $1.3778, slipping from Friday's two-month high as the eurozone economy is seen as vulnerable because of its dependence on gas supplies from Russia, part of which goes through Ukraine.

Fear of gas supply disruption as well as threats of war were enough to boost oil prices sharply. Oil surged above $104 per barrel over concerns that Russian supplies might be disrupted. Brent crude, the European oil benchmark, rose as much as 2 percent to a two-month high of $111.24 per barrel.

U.S. crude futures hit a five-month high of $104.65. On top of concerns about a military confrontation, it was not clear whether Ukraine's new interim government, formed only about one week ago after pro-Russian former President Viktor Yanukovich had been ousted, can secure funds to avoid default. Kiev has said it needs $35 billion over two years to avoid default and may need $4 billion immediately. An IMF mission arrived in Kiev yesterday and will start consultations today, an official at the Ukrainian central bank said.

Concerns over Ukraine sent the 10-year U.S. debt yield falling to one-month low of 2.592 percent, compared with 2.66 percent late last week, ahead of the release of important economic data this week, including manufacturing data on Monday and payroll data on Friday.
Roussian rouble has fallen to an all-time low against both the dollar and the euro after political turmoil in Ukraine intensified. The rouble fell 2.5 percent to 36.5 rubles against the dollar and 1.5 percent against the euro to 50.30. Stocks on Moscow's MICEX main stock index also fell, dropping 10 percent in early trading. The sharp falls came as Russia's central bank hiked its key lending rate yesterday to 7 percent from 5.5 percent.

Central Bank spent $10 billion of its reserves to prop up the rouble. "The decision is directed at preventing risks to inflation and financial stability associated with the increased level of volatility in the financial markets," the central bank said in a statement. "Now that (Russia and Ukraine) are on the verge of a military confrontation, investors will start selling Russian stocks with special fervor," analysts at Rossiysky Capital said in a note for investors.