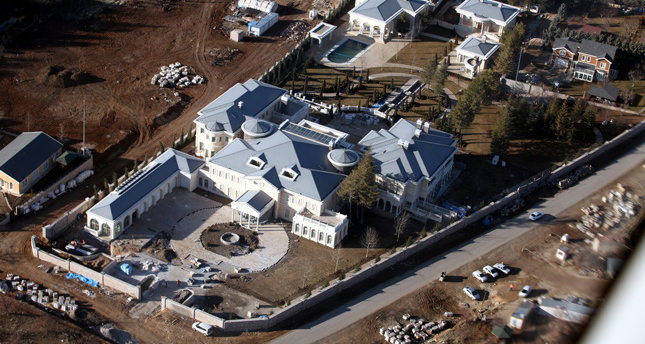 by Daily Sabah Apr 01, 2014 12:00 am
ISTANBUL — As the AK Party continues to show no signs of slowing down and gained strength while taking the local elections by storm, the Gülenist's market took a major blow. Sharpshooters for the Gülen Movement, Akin İpek's companies and the Taraf newspaper plummeted in the stock market. Bank Asya and the Doğan Group's shares also took a nose dive a day after the AK Party swept the elections.

The groups who attempted to redesign politics with the Dec. 17, operations and bring down the ruling party, saw a collapse in the stock market after the AK Party was triumphant in the local elections. The Gülen Movement and the groups close to them who tried to go into a war of power against the government lost miserably not only in the voting booths but also in the stock market.

After another successful election, Prime Minister Erdoğan addressed the nation in a balcony speech that is becoming a trademark for Erdoğan. He said, "There can't be a government inside of a government," taking aim at the Gülen Movement. Since the Dec. 17 operations Koza Altın (Koza Gold) lost 46.7% in the stock market and Koza Anadolu Metal took a loss of 42%. On Dec. 16, Koza Altın was valued at TL4.9 billion, where today its value has dropped down to TL2.8 billion.