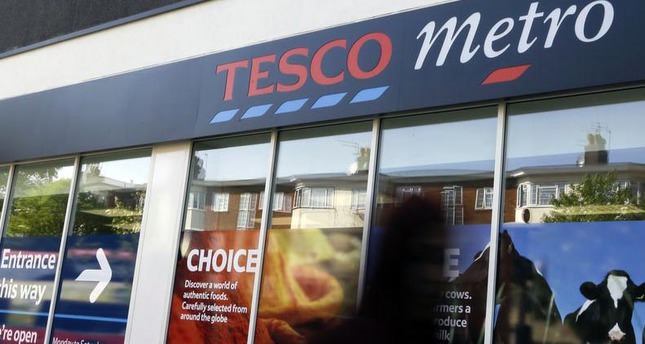 by Apr 16, 2014 12:00 am
LONDON — Tesco, Britain's biggest retailer (known as 'Tesco Kipa' in Turkey), said it would slash millions of pounds off prices to win back customers as a second year of falling profit stepped up pressure on chief executive Philip Clarke to quit.

Clarke insisted he would see through his "bold" plan to rebuild the world's third-largest retailer, which had been the darling of the sector during two decades of uninterrupted earnings growth before a shock profit warning in 2012.

Tesco has suffered in recent years from failed attempts to break into the United States and Japan and a costly expansion in China. It wrote down the value of its businesses in Europe on Wednesday, where it has seen a slowdown.

Tesco not to leave Turkish market

Tesco which operates in Turkey under the brand Kipa, announced that Turkey will continue to be a focus market for the company. In a statement on the company's website, Tesco emphasized that its operations have been affected by hard competition and that it had to close nine stores. "However we observed a gradual recovery this year by focusing on the stores in İzmir," the company said. Tesco was previously looking to reduce its exposure to Turkey following underperforming sales last February.

The group, with a market valuation of 23 billion pounds and 530,000 staff, reported full-year results on Wednesday showing trading profit down 6 percent and the worst quarterly drop in underlying British sales during Clarke's tenure.

Overseas, group trading profit was down 5.6 percent in Asia and down 28 percent in Europe, with a slump in trade in the Czech Republic, Hungary, Poland, Slovakia, Turkey and Ireland.