Top stock market in the world for the month of March: Borsa Istanbul 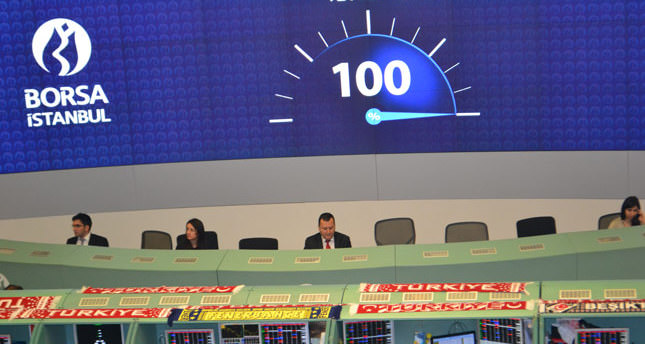 by AA Apr 20, 2014 12:00 am
ISTANBUL — Turkey's sole stock exchange 'Borsa Istanbul' became the best performing stock market across the world during March 2014, garnering a profit of 11.5 percent for investors compared to a month earlier.

According to the World Federation of Exchanges data, the exchange rose to 69,736.34 points in March.

The worst performing stock market of March was the exchange of the Greek Cypriot administration in Southern Cyprus, which decreased to 118.37 points, losing 15.3 percent compared to February.

Cyprus SE is followed by Lima SE (-7.4 per cent) and Malta SE (-5.6) in the worst performing stock markets list of the month.

59 stock markets closed March by generating profits, while 23 others caused losses for their investors.