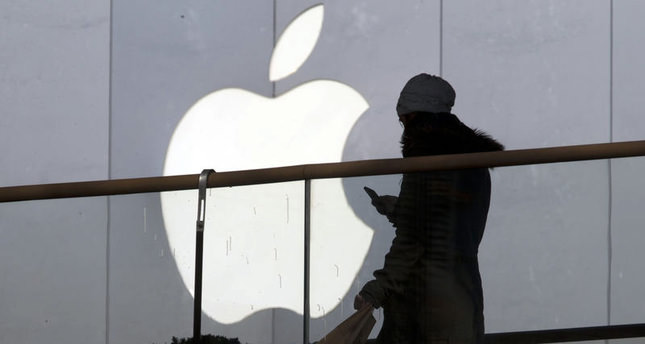 by French Press Agency - AFP
Apr 24, 2014 12:00 am
SAN FRANCISCO — Apple said it plans to buy back an additional $30 billion worth of shares and split its stock on Wednesday. The moves backed by the Apple board were announced as the California company reported a profit of $10.2 billion (TL 21.7 billion) on $45.6 billion in revenue in the first three months of this year.

The earnings figures came with Apple chief Tim Cook hinting that new products are on the way from the maker of iPhones, iPads, iPods, and Macintosh computers.

"We're very proud of our quarterly results, especially our strong iPhone sales and record revenue from services," Cook said in a press release.

Apple will spend an additional $30 billion to buy back shares of the company's stock, raising to $130 billion the value of shares it intends to repurchase by the end of next year. Apple is pouring money into buying back shares because it believes the stock is undervalued in the market, according to executives. Apple will increase its quarterly dividend to $3.29 per common share.