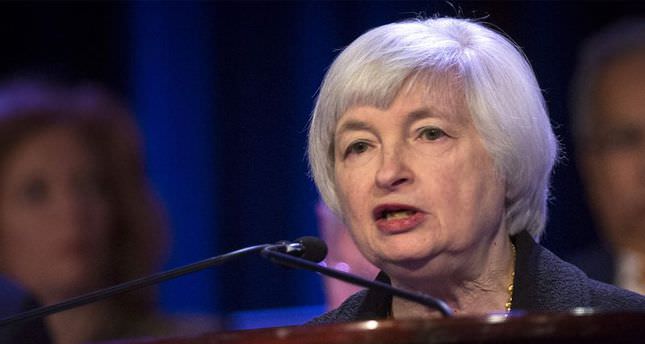 by Anadolu Agency Apr 30, 2014 12:00 am
WASHINGTON, D.C. —The Fed said it would reduce its bond-buying program to $45 billion a month, while pointing to a growth pickup after a harsh winter that nearly stalled the U.S. economy.

The Federal Reserve further curtailed its economic stimulus campaign on Wednesday, even as it said the effort would continue for the foreseeable future given the enduring consequences of the Great Recession.

The Fed, as expected, announced it would reduce its monthly purchases of Treasury and mortgage-backed securities by $10 billion, to $55 billion, because of its confidence that the four-year-old recovery is finally becoming self-sustaining

Fed officials forecast that the unemployment rate in 2016 will reach a new equilibrium between 5.2 percent and 5.6 percent, meaning that they do not believe the rate can be further reduced without precipitating inflation. That is about a percentage point higher than the prerecession rate.

But Janet L. Yellen, in her first news conference as the Fed's new chairwoman, sought to offset that optimism, saying the committee intended to raise short-term rates only gradually, because the economic environment remains weak. Importantly, she said, the Fed expected to conclude the process with rates still below the historically normal level of 4 percent.