Will cash from Kurdish oil be deposited in Turkey? 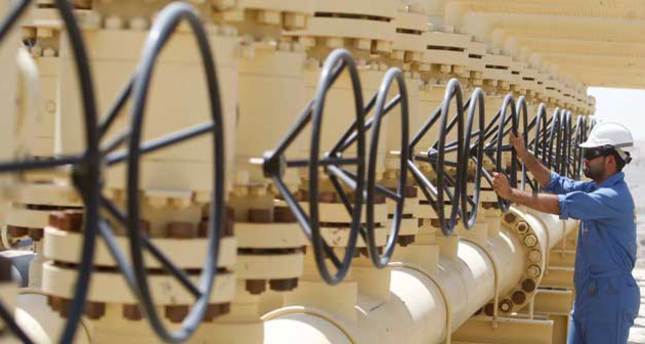 The Kurdish Regional Government announced that it will sell the oil stored in Turkey without Baghdad's approval increased the chances of the revenue being deposited at a Turkish bank, instead of JP Morgan in New York

ANKARA — The announcement by the Kurdish Regional Government (KRG) Prime Minister Nechirvan Barzani on Sunday to go ahead with the selling of 1.5 million barrels of oil stored in the Turkish port of Ceylan -- without the consent of central government in Baghdad -- could mean that the revenue collected will be deposited in Turkish banks, say analysts.


KRG several times announced that they prefer the oil revenue to be deposited at a Turkish bank, unlike the Iraqi oil revenue which is sent to Iraq Development Fund at JP Morgan's New York branch.

Baghdad has opposed the deal saying it bypasses Iraq's national oil company SOMO (State Oil Marketing Company) and violates the constitution. For months, Erbil and Baghdad have been embroiled in a long-running row over shares of oil revenues.

In order to create a more competitive energy sector, the Turkish government has created an energy stock exchange, which is in its final planning stage. The energy stock exchange will not only enhance the liberalization of the market but will also ensure transparency and help maintain a healthy balance between supply and demand once it has become operational sometime this year.

Ali Semin, from the Istanbul-based think-tank BILGESAM said it is very likely that they will begin selling the oil on May 2, as Barzani said, and added, "It is likely because KRG will benefit from the power vacuum in Iraq that will emerge following the April 30 general elections."

The next Iraqi prime minister will absolutely need Kurdish support to form the government, said Semin and emphasized that Kurds will give support only if their conditions, including Turkish bank, are met.

However, the Turkish bank option is not a done deal, explains Semin because according to Iraqi constitution Article 111, oil extracted from anywhere in Iraq, belongs to Iraqi people. He explained that this means the Kurdish oil revenue should also go to NY bank together with the oil income from the rest of Iraq.

Nevertheless, he said, in any case Turkey will benefit the export as a transit country.

It is expected that KRG will earn $ 9 billion from the export, and $ 3 billion of it will go to Turkey, said Semin.

Semin concluded: "As Kurds have strong hand in Iraqi election politics, the possibility of the Turkish bank option increases."

Erdal Tanas Karagol, economy director at the Ankara-based SETA Foundation, concurs. Despite U.S. objection, it seems now more possible that the money will come to a Turkish bank, said Karagol, and adds that with the launching of Energy Stock Exchange in Istanbul in the coming months, Kurdish oil revenue will enable Turkey to become an energy hub.