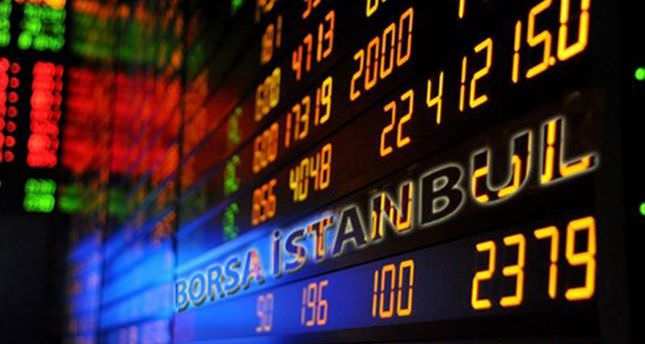 by May 02, 2014 12:00 am
ISTANBUL — Turkish shares were boosted on Friday by a string of forecast-beating first quarter results, while bonds continued to be supported by the central bank governor's hint on Wednesday of a rate cut.

Sentiment was also boosted by Friday's PMI data which showed Turkish manufacturing activity rose for the ninth consecutive month in April, though the rate of expansion weakened further to the slowest since last August.

The main share index rose 1.64 percent to 75,086 points by 0812 GMT, outpacing the broad emerging markets index which was up 0.31 percent. Turkish markets were closed on Thursday for a public holiday.

The 10-year benchmark bond yield was 9.27 percent on Friday, down from Wednesday's close of 9.37 percent.