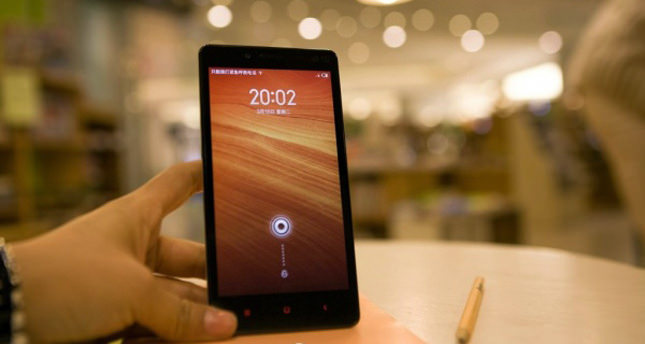 by Anadolu Agency May 04, 2014 12:00 am
BEIJING — Xiaomi, the Chinese smartphone maker, announced that the number of pre-orders for its Redmi Note phablet has reached 15 million.

However these are impressive figures for a major vendor, let alone Xiaomi which has yet to conquer the Western hemisphere.

Xiaomi had informed on April 30 that it was planning to enter ten countries this year. By New Year's Eve, customers should be able to buy the Mi3 in Turkey, India, Brazil, and Russia as well as Indonesia, Malaysia, Mexico, the Philippines, Thailand, and Vietnam.

Xiaomi Plans to Give IPhone at Half Price

Xiaomi phones are growing in popularity in China. Through its online store, the company often sells out new models within a few minutes. It also has a devoted fan base, so some people have called it the "Apple of China."

Xiaomi, which sold its first phone in September 2011, plans to ship 100 million of them next year. To reach that goal, it will have to go where the growth is. "The next half billion new smartphone customers will increasingly come mainly from poorer emerging markets, notably India and Africa," states analytics firm IDC.

Xiaomi is willing to accept razor-thin margins, pricing its phones in its home market just slightly above cost. "Now consumers expect phones with high-end specs at low prices." As a result, Xiaomi has been pressuring competitors ZTE and Huawei, both Chinese brands.

And it looks like Samsung, the global smartphone leader, and iconic Apple are the next to be Xiaomied.

Hugo Barra, who left Google GOOG -0.6% last year to take the Chinese start-up global, publicly said this month that his company will use the same pricing model in foreign markets. That cannot be good news for market leaders accustomed to earning fat margins.