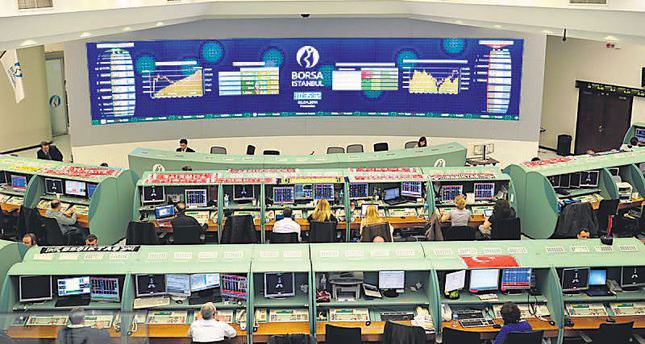 Emerging market investors are dumping once-hot ruble bonds because of the threat of new and tougher sanctions hanging over Russia, shifting many funds to the likes of South Africa, Hungary and Turkey

LONDON — Seemingly conciliatory comments from President Vladimir Putin on the Ukraine crisis have soothed markets this week. But fears remain that the West - which has so far targeted only a small number of Russian individuals and firms - will impose harsher sanctions, including on the financial sector. "The fear of sanctions is as bad as sanctions themselves. The fear is: what could you do with Russian assets if sanctions get ratcheted up?" said Kieran Curtis, a portfolio manager at Standard Life Investments, who has gone overweight Turkish local bonds at the expense of Russia.

Russian government bonds, one of the top emerging market trades of 2012 and 2013, are feeling the heat far more than equities, which have been out of favor for a long time.

Foreign funds held 22 percent of the locallyissued debt at the beginning of March, sharply down from a peak of over 28 percent hit in mid-2013 after Moscow eased investors' access to domestic bond markets. This share almost certainly fell further in April due to the hardening East-West standoff, with the United States and European Union imposing sanctions after Russia annexed Crimea from Ukraine in March.
He is not alone. Quarterly data from Boston- based EPFR Global shows that debt funds it tracks had an average 9 percent allocation to Russia by the end of March, down from 10 percent three months earlier and 11 percent last October. That indicates funds have taken an underweight position relative to Russia's share in the GBI-EM. Overall Russian exposures fell to a new record underweight in April, according to JPMorgan's monthly client survey which also showed ruble exposure in April at the lowest since 2009.

Sanctions or not, Russia is the GBI-EM's worst performer this year, having lost 11 percent in dollar terms while the index gained 3.5 percent. Much of that is down to the ruble which has fallen 6 percent this year against the dollar. All this has spurred a hunt for alternatives, not all of which have been popular with foreign investors of late. "It's a bit of a struggle and you probably have to get comfortable with something you may not have liked before," Curtis said.

Money leaving Russia is also heading to emerging economies - Turkey, Brazil, Indonesia, South Africa and India. "The lucky thing from an investor perspective is that the emerging economies have shown big improvements and that's made people feel comfortable opening positions in those countries with the money they may have invested in Russia," Curtis said. Bond auctions across these countries have attracted robust demand in recent weeks whereas Russia has cancelled 10 of the 16 scheduled debt sales since the start of this year. Two issues confront investors looking to switch into other markets - size and yield.

Russia not only has a big weight in the GBIEM, it is also among the highest-yielding at over 9 percent, compared with the index average of 6.8 percent. Domestic debt markets in some countries in Eastern Europe and East Asia are simply not large or liquid enough. "If you need to exit Russia there are very few places to hide, you can't go to Romania or Philippines. So people are having to move into the big markets such as Turkey or South Africa," said UBS strategist Manik Narain. Brazil, South Africa and Turkey - each of which comprises a tenth of the index - still offer annual yields of 8 percent or more. Hungary yields 4.3 percent, but returns after hedging for currency risk are among the highest in emerging markets.

Other big markets such as Poland, South Korea or Mexico are less popular, because yields here are too low or positioning is too crowded, Narain said, adding that many clients had switched to South Africa after shunning it at the start of 2014.

However, investors are watching the Ukraine crisis closely. Any easing in Putin's stance and a reduction in sanctions risk could bring cash back into ruble debt. "We would want to see moderation of geopolitical risk," Fidelity's Ellis said. "But everything has a price ... 9.5 percent yield on the 2027 bond is attractive and if we see another big selloff we may look at taking an overweight position."