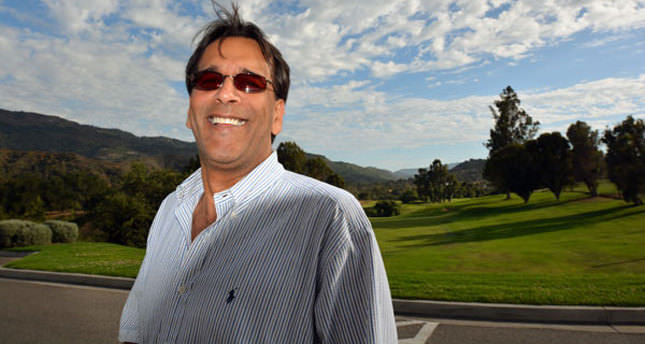 by Daily Sabah May 10, 2014 12:00 am
NEW YORK — Karim Rahemtulla, an analyst at Wall Street Daily, has described Istanbul as a city of "opportunity" with markets that are the envy of the region. In his article published in wallstreetdaily.com, Rahemtulla outlined why he believes Turkey is a country with a huge potential for investors. "I have to say - there's a ton of investment potential hiding here... Istanbul is buzzing. This is my sixth visit in the past 20 years, and the atmosphere has changed a lot," he noted in his article. Rahemtulla emphasized that İstanbul is no longer a seedy place and full of sophisticated places. "Overall, it's one of the most beautiful and vibrant cities in the world.

You'll see everything from miniskirts to mullahs and everything in between. ... You see, Turkey is what I consider a 'forever-emerging market.' And that spells opportunity, even though many investors are ignoring the potential."

Highlighting Turkey's drasticly increased per capita income from $3,500 to $10,000 in 10 years, Rahemtulla underlined that things have recently stalled in Turkey because of international politics, like the annexing of Crimea and economic crises such as the European recession. "At the crossroads between East and West, Turkey is what places like Egypt wish they were - and places like Greece hope they can one day be. Despite what you see in the news, Turkey boasts a secular society. And it's an economic powerhouse, approaching $1 trillion in GDP. Ultimately, Turkey will always present opportunity... as long as that opportunity is at the right price.

And we're fast approaching that price," Rahemtulla noted in his article. "When it comes to any emerging market investment, you want to buy on the dips and sell on momentum! And Turkey is in the midst of a dip right now as far as the markets are concerned. On the street, things are still buzzing - and that's something to pay attention to. When you notice a disconnect between the market and what's happening on the ground, it's almost always more profitable to follow the trend on the street."