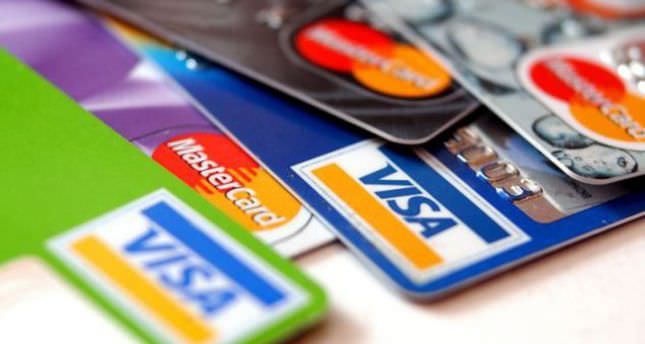 by Daily Sabah May 11, 2014 12:00 am
ISTANBUL — The use of debit and credit cards has rapidly increased in Turkey in recent years.

According to data from Interbank Card Center (BKM) and the European Central Bank (ECB), the number of cards with aggregate payment functions climbed to 738 million while nearly 2 trillion Euros have been spent using those cards.

The principal economy of the EU, Germany, followed England with 133.1 million cards and France came in third with 82.3 million cards. Spain and Italy had 68.7 million and 68.1 million cards, respectively.

As a result of its economic crisis, Greece had 13.3 million bank cards, while the lowest numbers were found in the island countries of Malta and Greek Cyprus.
England also ranked first in the European Union for its number of credit cards with 56.4 million. France and Poland followed England with 26.8 million and 6.4 million, respectively. The lowest numbers of credit cards were in Slovenia with 112,000, Malta with 185,000 and Latvia with 331,000.