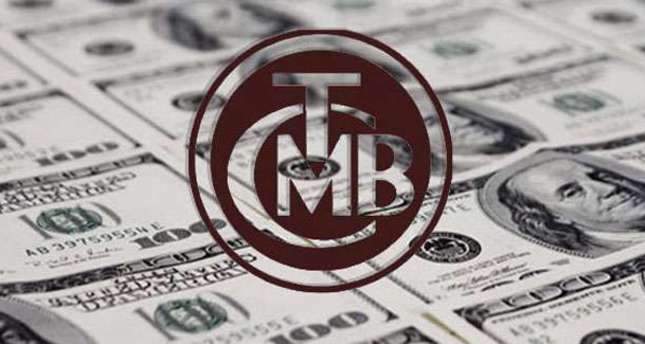 ISTANBUL — Turkey's central bank (CBT) lowered its main interest rate for the first time in a year on Thursday despite stubbornly high inflation. The bank said "lessening uncertainty" and an improvement in Turkey's risk premium indicators had prompted it to trim its one-week repo rate by 50 basis points to 9.5 percent. However, CBT kept its overnight lending rate at 12 percent and overnight borrowing rate at 8 percent. Erdoğan, anxious to maintain a record of strong economic growth ahead of his expected bid in an August presidential election, called last month for a rate cut, saying his ruling party's victory in local elections had reduced political uncertainty and such a move would reassure investors.

"With the recent decline in uncertainties and improvement in the risk premium indicators, market interest rates have fallen across all maturities," the bank said in a statement after its monetary policy committee meeting. Erdoğan has long been a strident opponent of high borrowing costs, accusing an "interest rate lobby" of foreign investors and speculators of conspiring to drive rates up at the expense of Turkey's economic health.

He has had a difficult year, with anti-government protests last summer, a corruption scandal dogging his inner circle in December, and a mine disaster last week drawing renewed criticism of his leadership style. Central Bank Governor Erdem Başçı said last month he saw room for a gradual lowering in rates but ruled out a deep cycle of easing, saying policy would stay tight until there was a clear improvement in the inflation outlook. Analysts had expected rate cuts further ahead once headline inflation started ticking lower, forecasting it would start to fall from mid-year. Inflation rose a higher-thanexpected 9.38 percent year-on-year in April. The central bank also expects inflation to begin falling in June but still sees it at an above-target 7.6 percent at year end. The bank has repeatedly said it will keep monetary policy tight until the inflation outlook improves significantly. CBT raised rates sharply at the end of January to combat a fall in the lira to record lows amid an emerging markets sell-off and a corruption scandal embroiling Erdoğan's inner circle, a tight stance the prime minister is eager for it to unwind.

The bank has already been reducing average borrowing costs without resorting to rate cuts by providing more funding to the market through its oneweek repo auctions at a fixed simple rate of 10 percent, rather than the 12 percent marginal lending rate. The average cost of borrowing has fallen to around 10.0 percent as a result, from levels of around 10.2-10.3 percent in late March. In his article published in Daily Sabah on May 6, Taha Meli Arvas noted that CBT would cut rates at its meeting held yesterday.

Economist Dr. Kerem Alkin spoke to Daily Sabah and evaluated the Turkish central bank's (CBT) recent decision to cut interest rates. "I thought the CBT would reduce interest rates in June. Yet, the cut came one month early. When I try to understand the reason why, I came up with two significant points.

First are remarks by Fed seniors in the last month implying that they would not increase interest rates before the end of 2015. The second is the expectation from the European Central Bank about a reduction in interest rates and monetary expansion in June. Those two important details, apparently, caused the CBT to worry that the lira's interest may remain too high compared with main stream monetary policy maker banks. The CBT prevented the lira from becoming excessively attractive by taking advance precautions with the reduction of interest just like it was appraised in the finance world by making advance increases in interest rates on Jan. 28. If the lira starts to increase in value, it would boost the current deficit in the Medium-Term Plan. In the light of these evaluations, I expect, CBT sees a decrease of 50 basis points next months," Alkin noted.