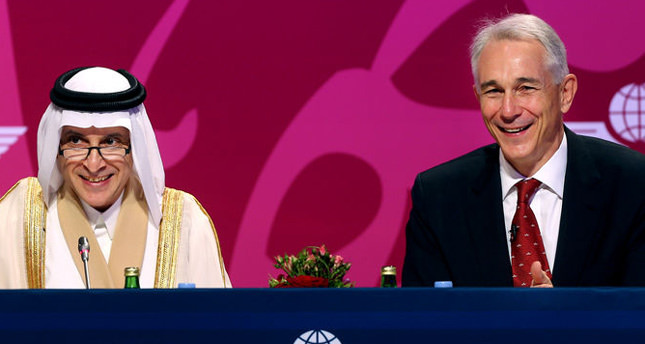 "It sounds impressive. But the brutal economic reality is on revenues of $746 billion dollars we will earn an average net margin of just 2.4 percent," he said. This amounted to less than $6 per passenger, added Tyler, who was speaking at an IATA-organized annual conference of the airline industry in the Qatari capital.

"The good news is that airline profits are improving. The average return on invested capital today is 5.4 percent - up from 1.4 percent in 2008," said Tyler. "But we are still far from earning the 7-8 percent cost of capital that investors would expect," he added. He said there was still huge potential for development in the sector. Tyler said the industry was celebrating 100 years of aviation in which 3.3 billion passengers will have travelled and 52 million tons of cargo transported.

In total, some 50,000 destinations are linked through around 100,000 daily flights, while the industry generates more than 58 million job opportunities worldwide.