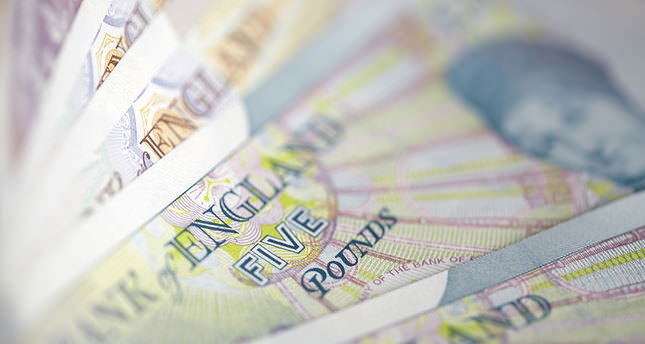 by Daily Sabah Jun 16, 2014 12:00 am
The British pound continued to advance against major currencies on Monday, breaching the $1.70 mark for the first time since August 2009 as UK stocks fell after the Bank of England chief warned interest rates could rise sooner than markets expected.

Governor Mark Carney's surprisingly stark warning late on Thursday prompted investors to bring forward expectations for a first UK rate hike to before the end of this year, from the first quarter of 2015.

"The pound has maintained its close relationship to the changes in market rate expectations as expressed by the front end of the money market curve. Hence, we would expect the pound to push higher and we maintain our forecast of $1.75," Morgan Stanley in a morning note on Friday.