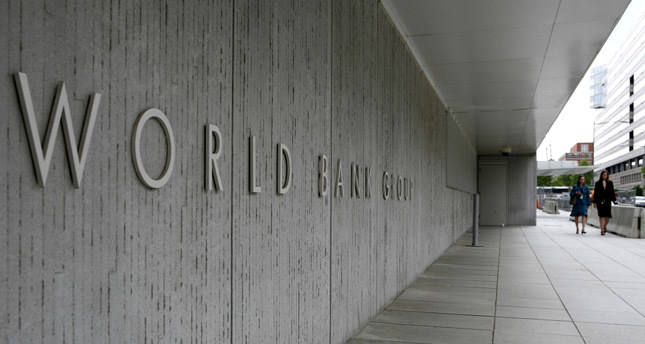 The up-to-date revision dismissed the World Bank's previous trimming of Turkey's growth expectation down to 2.4 in a global prospect report on June 11.

The global growth rate was downgraded to 4.8 percent from 5.3 percent in January, amid bad weather effects hitting the U.S. economy and the fallout from the Ukraine crisis.

In a conference to discuss global prospects, the bank stressed that Turkey's projected growth of 4.3 percent in 2014's first quarter reflected normalization in the economy after an imbalanced period, a rate which raises the government's hope of reaching a four percent growth target by the end of the year.

The worldwide and Turkish economic picture is better now and normalization seems to be underway, according to the World Bank's lead trade economist, Jose Guilherme Reis, speaking at the bank's 'Global Economic Prospects' conference in Istanbul. Although Turkey's economy has started to rebalance in the first quarter of 2014, far more economic growth is necessary to decrease external financing risks, which requires prudent monetary policies and controlled fiscal policies.

The meeting was held by the Turkish Industry and Business Association and the World Bank whose foresights regarding the global and Turkish economy were discussed.

The international body also highlighted the decline in Turkey's current account deficit, which came down to 6.2 percent of GDP in March 2014 from 6.7 percent last year, thanks to the increase in export figures which went up by 5.8 percent last month compared to May 2013.
Falling unemployment was also praised, coming down to 9.1 percent in March this year.

However, the World Bank also stressed the inflation rate which was 9.7 percent in May – above the central bank's 5 percent goal – still posed some risks.

During the presentation of the Turkey Regular Economic Note, Marina Wes, the lead economist at World Bank's Turkey office noted that Turkey should strengthen its policies regarding growth in order to avoid a middle income trap.

"Turkey's current account deficit is high and it is financed mostly by short-term capital inflow. That's why; investors have different perceptions in terms of long term financial needs of Turkey. Although we see some rebalances in the economy, there are many things to do to prevent future risks. Our medium term growth forecast is below near future averages just as other emerging markets. We expect a 3.5 percent growth for 2015," said Marina Wes.

Andrew Burns, Manager of the Global Macroeconomic Trends Team of the Development Prospects Group at the World Bank, made evaluations about the recent Turkish economic outlook. He highlighted that economic recovery in the Eurozone will favorably affect the emerging economies and accelerate growth. "Turkey's growth may pick up the pace with the recovery in European countries' economies, however, Fed's possible monetary tightening may cut capital inflow and cause volatility in Turkish market," he said.