Turkish shares at peak since May 2013, lira stronger 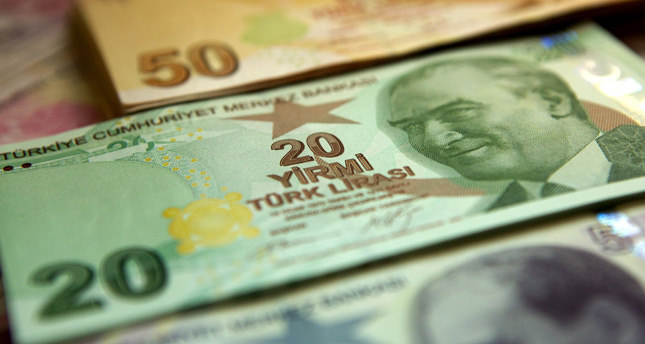 by Jul 23, 2014 12:00 am
Turkish shares rose to their highest since May 2013 on Wednesday and the lira hit its strongest since mid-June as risk aversion eased and after the economy minister forecast Turkey's current deficit would fall by more than expected this year.

"The market will be looking for clues on the (Turkish)central bank's next action from Governor (Erdem) Başçı's presentation."

Başçı was addressing parliament's planning and budget commission in a closed door meeting on Wednesday.

Gedik Investment said the stronger lira and growing risk appetite was driving the stock market higher, forecasting trade in a range of 84,000-85,000 after the break above 83,000.

The benchmark 10-year government bond yield dipped to 8.87 percent from a close of 8.92 percent on Tuesday.

Economy Minister Nihat Zeybekçi's comments late on Tuesday about the current account deficit - seen as the economy's main weakness - were likely to boost optimism about the economic outlook. He said deficit will end the year below $50 billion at around 5.5 percent of gross domestic product if growth in exports, output and employment continues.

Among stocks in focus was Akbank, up 0.6 percent, which was expected to announce second-quarter results later. Leading mobile phone operator Turkcell, unchanged at 13.2 lira, is also due to announce results after the close