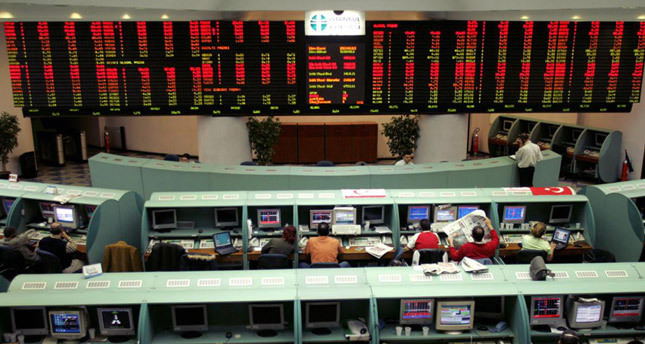 As Western countries decided to broaden the scope of sanctions against Russia, which includes financial restrictions, economy experts point to Turkey as the prospective destination of the capital outflows from Russia

International finance markets awaiting the announcement of the final version of the sanctions that the West will apply to Russia, expect a slight increase in the capital flow from both Europe and Russia into Turkey. After the allegations that Russia shot down the airliner belonging to Malaysian Airlines in order to support the separatist groups in Ukraine and the West's decision to increase sanctions against Russia as a result of it, the finance world is waiting to see which country will receive the capital outflow from both Russia and Europe.

Speaking to Anadolu Agency, Standardbank's Chief Economist for Developing Economies Timothy Ash noted that he presumes Turkey will benefit from the U.S. and the European Union as they expand the scope of sanctions applied to Russia. "I believe many investors will start preferring Turkey. Investors from outside of Russia might act in the same way. It is easier to comprehend Turkish markets than Russian markets," said Ash.

Since investors will be suspicious about Russia if the situation further deteriorates, there will be a capital outflow from the country and according to Ash, this capital might be directed to Turkey.

Chief economist of the U.K.-based Capital Economics Global Julian Jessop asserted that expanding the content of the sanction package applied by Europe to Russia might have adverse effects on European economies in the long-run. "The negative effects of the sanctions might be more extensive than what the figures show. If the crisis in Ukraine deepens, not only finance markets but the perceptions of the organizations, companies and consumers might also change," said Jessop and added that memories from the Cold War times are still very fresh. Underlining that the European economies are in a recovery period but are still fragile, Jessop noted that any damage to the reliability and stability of the European markets might have destructive effects on Europe.

Speaking to Daily Sabah on the matter, economist Dr. Cemil Ertem noted that it is too early to anticipate a drastic capital inflow increase to Turkey. He also said when the sanctions against Russia were put forward the first time, nearly three months ago, a slight capital inflow increase was observed. "Turkey is considered among the 'fragile five,' which makes prospective financiers hesitate regarding investing in Turkey. Moreover, clashes in neighboring countries make Turkish markets riskier. However, a slight increase in capital inflow may occur in the short-term," Ertem said.
Commenting on the issue, veteran economist Hikmet Baydar highlighted that Turkey has been going through a presidential election process that stands as a reason for political uncertainty in the country. "Investors would not want to play on a slippery ground," he noted.

Baydar also remarked that expecting a dramatic change in international investors' operation plans is not quite realistic in the short-term. "International investors do not easily alter or reorganize their investment plans unless an expected and shocking development occurs. When it comes to sanctions, everyone used to know that Western countries would broaden the scope of sanctions. So, sanctions cannot be viewed as a groundbreaking development which profoundly affects financiers' mindsets," Baydar concluded.

British Prime Minister David Cameron who noted that he is supporting the sanction package to be applied by the EU to Russia noted that the package was designed in a way that would only make the Russian economy suffer, not the European economies. Cameron had noted that they were not planning on any military intervention but using their own economic power to enable Russia to understand that their attitude is wrong and intolerable.

The first serious objection to the sanctions came from BP, a British energy company and one of the leading companies in the world. BP, which owns 20 percent of the shares of the Russian energy companyRosneft, announced that the sanctions might cause their relations with Rosneft to deteriorate and might adversely affect their operations, strategic targets, income, production and reserves in Russia and their investment in Rosneft and reputability.
Last Update: Aug 02, 2014 12:08 pm
RELATED TOPICS