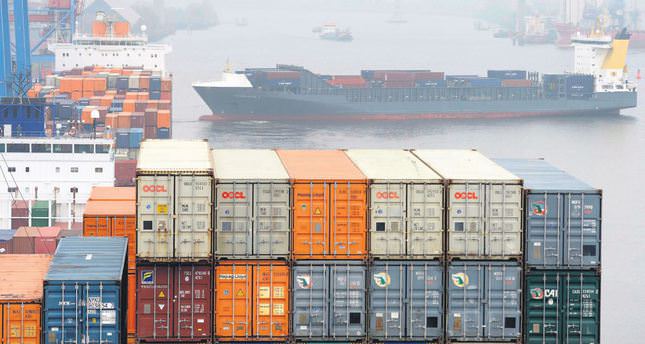 Investors will gauge the strength of the euro zone's fragile economy this week as Moscow's backing of separatist rebels in Ukraine and U.S. air strikes to block ISIS militants in Iraq are upsetting the markets

In stark contrast to the United States and Britain, which are growing strongly, economic output in the euro bloc is likely to have all but ground to a halt in the three months to June. Its star economy, Germany, is losing momentum and Italy is sliding back into recession. "The United States and the United Kingdom are going to be among the fastest-growing economies both this year and next," said James Knightley, an economist with ING. "In Europe, the situation seems to be going into reverse."

The growing sanctions fight between Russia and the West over Moscow's backing of rebels in Ukraine and U.S. air strikes to block ISIS militants in Iraq are also upsetting the markets. On Thursday, the European Union announces economic output data for the 18 countries in the euro zone for the April-June quarter, and Germany will reveal its own gross domestic product for the same period. By these yardsticks, neither Germany nor the wider euro zone are expected to see much, if any, improvement on the first three months of the year. To compound matters, tit-for-tat sanctions between Moscow and the European Union and fears that Russia could even invade eastern Ukraine are already sapping business confidence and will eat into paltry economic growth later this year. Not only does Moscow supply about a third of the European Union's gas needs, trade ties in other areas between Russia and Europe run deep.

German energy giant E.ON, for instance, has invested 6 billion euros ($8 billion; TL 17 billion) since 2007 in Russia, while chemicals firm BASF has a joint venture with Gazprom. "For a long time, the market has been ignoring the geopolitical risks," said Gregor Eder, an economist with Allianz, one of the globe's largest fund investors. "The escalation in Ukraine and a spiral of sanctions could be a turning point for that. Exports to Russia were already falling even before Ukraine and could fall further. The Iraq crisis increases nervousness further."

With Europe looking gloomy and the days of mega-growth in China over, the United States has offered some hope for the world economy. Investors will seek to gauge the strength of the U.S. rebound by examining the latest figures for retail sales and producer prices there. Many are looking for reassurance, as they are in Britain, that economic growth is trickling down to workers' pay - important proof that the recovery will stick when central banks make it more expensive to borrow. But the Bank of England is set to acknowledge surprisingly weak pay growth on Wednesday when it publishes economic projections, raising questions about Britain's readiness for its first interest rate hike since the financial crisis. Although unemployment is set to fall, earnings are also forecast to be lower than a year earlier.

There is a similar gap in the United States between rising numbers of people in work and lagging pay. In China, industrial output readings will give investors a glimpse of the country's performance in the third quarter of the year after government moves to boost lending to business, such as shrinking the amount of cash that banks must hold in reserve. China's economy gathered pace slightly to grow by 7.5 percent in the second quarter as the government stepped up construction of railways and public housing.

But a downturn in property prices, despite efforts to make it easier to buy, as well as high local government debts, are holding up the economy. Analysts believe that deeper reforms, such as overhauling giant state companies, will be needed in the long term to keep the economy growing at the pace the authorities want. In the meantime, the euro zone remains the globe's problem child. Last week, the European Central Bank signalled that it stood ready to print money and buy bonds if the euro zone deteriorated, a pledge to act that the Frankfurt-based bank has made many times in the past. ECB President Mario Draghi underscored that he would not be discouraged from taking such action by the fact that the United States was plotting a different course. His words alone, however, may not be sufficient to reassure investors unnerved at the prospect of the U.S. Federal Reserve drawing the purse strings ever tighter.