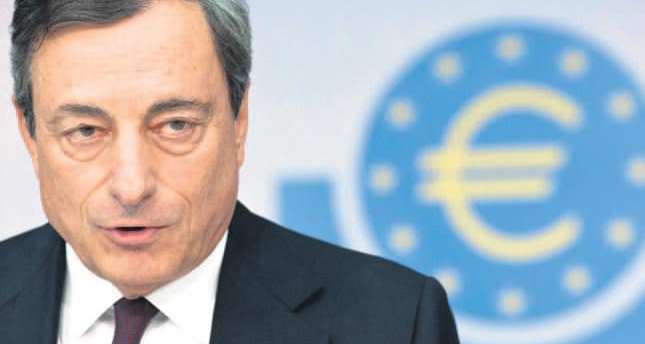 by Associated Press Sep 03, 2014 12:00 am
The euro has fallen to a one-year low against the dollar as Europe's single currency remains under pressure ahead of this week's policy meeting of the European Central Bank. In trading yesterday, the euro fell to $1.3115, its lowest level since the $1.3103 it struck on Sept. 6, 2013.The bank, which oversees monetary policy for the 18 European Union countries that use the euro, is under pressure to announce more monetary stimulus following its meeting on Thursday to boost the ailing eurozone economy and try to get inflation back up towards target.Though the existential crisis surrounding the eurozone has diminished over the past couple of years following the pledge by ECB President Mario Draghi to do "whatever it takes" to save the euro, the economic recovery has been muted.

In fact, in the second quarter of this year, the recovery ground to a halt as the eurozone recorded zero growth largely as a result of economic problems in large economies such as Italy and France. With the momentum draining away, the eurozone faces the unappetizing prospect of an unprecedented triple-dip recession. Further weighing on the outlook has been a sharp fall in inflation.

In August, prices were only 0.3 percent higher than the year before, way down on the ECB's target of just below 2 percent. The worry is that inflation may become deflation a debilitating bout of falling prices that can choke growth as consumers delay spending in the hope of bargains down the line and businesses fail to innovate. Some analysts cautioned about the impact of a failure by the ECB to act on Thursday, especially as figures suggest investors are short the euro in nearrecord amounts. Those trades could easily be unwound if Draghi and the ECB's governing council decide to stay pat.