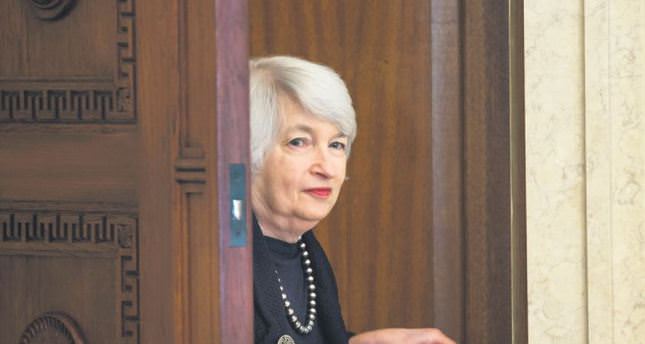 by Associated Press Sep 04, 2014 12:00 am
Federal regulators are requiring big banks to keep enough high-quality assets on hand to survive during a severe downturn, the latest move under congressional mandate to lessen the likelihood of another financial meltdown. The Federal Reserve adopted rules on a 5-0 vote Wednesday that will subject big U.S. banks for the first time to so-called "liquidity" requirements.Liquidity is the ability to access cash quickly.

The Federal Deposit Insurance Corp. and the Treasury Department's Office of the Comptroller of the Currency adopted the rules later in the day.
Comptroller Thomas Curry, who also is a member of the FDIC board, said the new requirements "will help ensure that a banking organization's cash resources, and not taxpayers' money, will provide the support necessary for it to withstand short-term funding stress." At a meeting of the Fed governors, Chair Janet Yellen called the rules a "very important regulation that will serve to strengthen the resilience of internationally active banking firms."

Separately, regulators also are proposing to give banks leeway in requiring collateral from companies that use derivatives to guard against price swings. The liquidity rules for banks will begin to take effect in January, and the requirements will be phased in over two years.Fed officials say the rules are stronger than new international standards for banks.

Combined, the largest banks will have to hold an estimated $2.5 trillion in highquality assets to meet the requirements. The banks already hold all but about $100 billion of that amount, according to the Fed. Banks have sharply improved their cash-ready holdings in the past few years, and about 70 percent now meet the full requirement, the Fed estimates.

The requirements were called for by Congress in the sweeping overhaul law responding to the 2008 financial crisis. They are part of new regulations intended to prevent another collapse severe enough to require taxpayer-funded bailouts and threaten the broader financial system.

Hundreds of U.S. banks received federal bailouts during the crisis. Among them were the largest financial firms, including JPMorgan Chase, Goldman Sachs, Citigroup, Bank of America and Wells Fargo. The banking industry has been recovering steadily since then, with overall profits rising and banks now lending more freely. Lending in the April-June quarter marked its fastest pace since the fourth quarter of 2007, about a year before the financial crisis struck, according to new data from the Federal Deposit Insurance Corp. Fed officials have said that related requirements also are being considered, such as a mandate for large banks to test their liquidity under stress conditions.