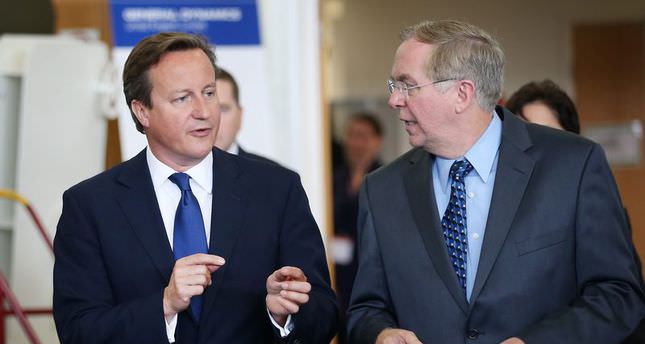 by Sep 04, 2014 12:00 am
The British government said it would sign a deal worth 3.5 billion pounds ($5.76 billion; TL 12.5 billion) yesterday with General Dynamics for new armoured fighting vehicles, its biggest single order for such vehicles in over 30 years. Prime Minister David Cameron will sign the defence contract for 589 new armoured fighting vehicles to strengthen Britain's armed forces as he sets off to host the two-day NATO summit in Wales that begins today, the government said in a statement. The vehicles, whose deliveries are planned to start in 2017, would be the army's first fully digitalised armoured vehicles.