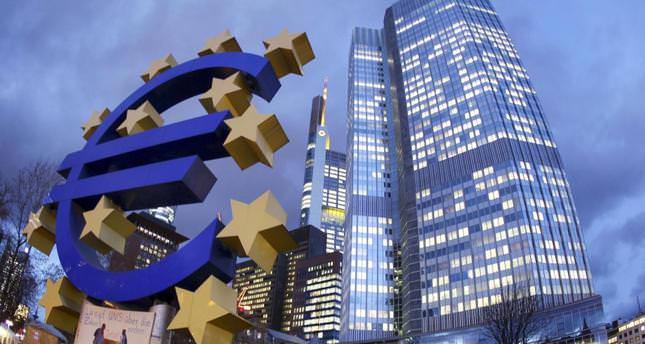 Europe reached another dose of stimulus. But the latest medicine by itself will not bring life to an economy that has slid from crisis to crisis over the past six years

Though the European Central Bank surprised markets Thursday with the broad thrust of its stimulus measures, most economists think the 18-country eurozone will continue to lag its counterparts, including the United States, for years. Several eurozone countries are still grappling with high public debt that keeps a lid on spending that would otherwise help growth new roads and schools, for example. And the No. 2 and No.
3 economies, France and Italy, have been slow in reforming their economies to make it easier for companies to do business and hire.

Meanwhile, low inflation threatens to turn into an outright fall in prices something that could hurt consumer spending as shoppers wait for prices to drop. The economy is expected to grow slowly at best, after not expanding at all in the second quarter, when the crisis in Ukraine also weighed on confidence.

Unemployment is proving hard to bring down at 11.5 percent it is only marginally down from the peak 12 percent last summer.That's why the ECB, the central bank for the eurozone, came up with another rescue package just three months after its previous one. As well as cutting its benchmark interest rate from 0.15 percent to a record low of 0.05 percent, it announced a program to buy bundles of bank loans that aims to stimulate bank lending to businesses and households.

Details of the program in particular, its size remain to be filled in. The measures are likely to provide some immediate support to the economy by reducing the value of the euro, a boon to the region's exporters. On Friday, the euro languished a little above the 14-month low of $1.2920 it struck in the wake of the ECB's announcements.

Beyond that, however, economists say the latest measures alone cannot heal the economy. As ECB President Mario Draghi keeps saying, the ECB can only do so much. Governments need to make reforms and spend more where possible. "The truth of the matter remains this: no amount of ECB 'action' will change the grim outlook for the eurozone if politicians do not confront the need for, and implementation of radical reforms," said Marc Ostwald, market strategist at ADM Investor Services International.

Until 2012, when politicians and the ECB were fighting to keep the euro alive, the single currency zone was held back by countries that were hit hard by the debt crisis, such as Greece, Portugal and Spain. Now, following years of reform, those countries are slowly improving, and it's the larger, richer countries that are being blamed for the current economic morass: France, Italy and even Germany. France's economy is stagnating. Its Socialist president, Francois Hollande, is trying to cut taxes for businesses and reduce government spending but is facing so much political resistance he had to reform a new government this summer.

Italy, which has the second-highest debt burden in the eurozone after Greece, has seen its economy shrink in 11 of the past 12 quarters. Matteo Renzi, the youthful premier, is under pressure to deliver on big promises to overhaul the economy and legal system. The clogged courts, which hinder resolution of contract disputes, and tough worker protections, for example, continue to discourage investment. Germany, meanwhile, has low unemployment and a balanced budget but is balking at calls to spend more on infrastructure and reduce taxes to boost consumption, measures that could help growth across the region.

In the end, it's all about confidence.Employers are reluctant to hire when they know they can't adjust their workforces for the ups and downs of the economy. Starting a business in many parts of Europe takes time because of the paperwork and permissions required. And taxes tend to be high to pay for social welfare.

Spain has been one of the standouts of late in reforming its economy and has seen stronger growth as a result, though unemployment remains sky-high at 24.5 percent.As some governments delay reforms, and Germany continues to insist on fiscal restraint, the ECB risks being asked to help out again. That means it may have to use the last weapon in its armory creating massive amounts of new money to buy large amounts of government bonds. Thursday's stimulus will create new money, but at a small scale.

The market for the assets it will buy assetbacked securities, which are essentially bundled bank loans is nowhere near as large as that for government bonds.