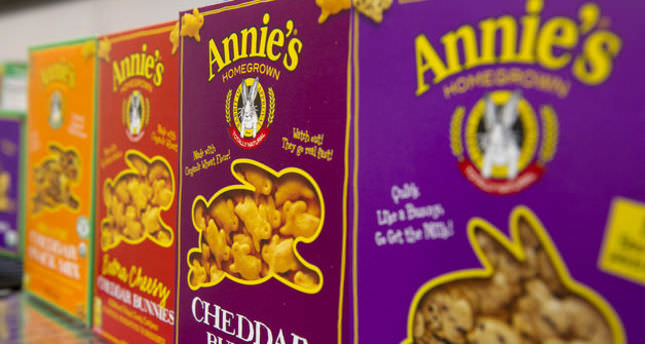 by Associated Press Sep 10, 2014 12:00 am
Packaged food giant General Mills is buying Annie's, the maker of rabbit-shaped mac and cheese, adding to its natural and organic packaged offerings as consumers' tastes change. General Mills Inc., the company behind Pillsbury dough, Progresso soups, Yoplait yogurts and Cinnamon Toast Crunch cereal, is trying to cut cost and has tweaked its recipes as sales stagnate. Annie's sales, on the other hand, grew 20 percent in its latest fiscal year. General Mills says its "convenient meals" and snacks businesses were particularly attractive. The Minneapolis- based company said Monday that it is paying $46 (TL 100) per share for Annie's ınc., which is based in Berkeley, California.