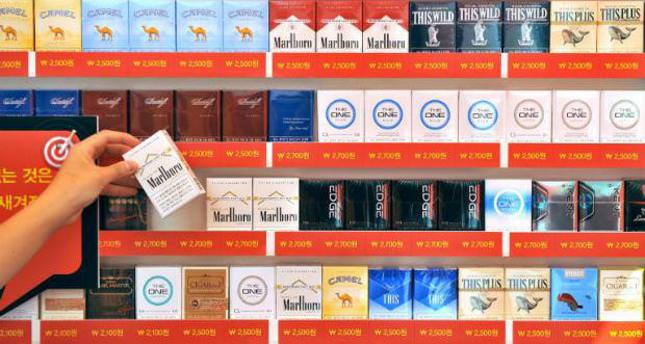 by Sep 11, 2014 12:00 am
South Korea yesterday proposed a tax hike as early as next year that would nearly double cigarette prices as the government tries to reduce one of the world's highest smoking rates among adult males. The proposal, which needs to be approved by parliament, sent shares in dominant tobacco maker, government- backed KT&G Corp, down more than 5 percent. The proposal calls for a more than 100 percent tax increase on a pack of cigarettes, which would double current prices that range between 2,000 won and 2,500 won ($1.9-$2.4; TL 4.16-5.26) - far less than the $12 per pack that smokers pay in Australia, which recently toughened its anti-smoking laws.