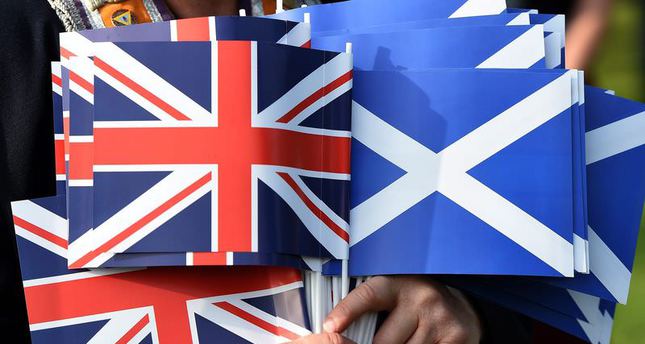 by AA Sep 14, 2014 12:00 am
According to the report of Cross Border Capital headquartered in London, $ 27.3 billion worth of capital fled England last month due to the uncertainty on Scottish independence referendum and its consequences on English economy.

Howell stated that this outflow is the largest one within a month since the 2008 financial crisis sparked by the bankruptcy of Lehman Brothers.

Experts also noted that capital outflow further accelerated in September although full data is not available.

Similar outflow is also experienced in Scotland, fund management companies based in Edinburgh are trying to convince worried investors to keep their funds in Scotland.

Britain's largest retirement and insurance fund Standard Life, Royal Bank of Scotland, Bank of Scotland owned by Lloyds Banking Group, Clydesdale Bank and TSB made statements last week regarding the transfer of their headquarters from Scotland to England in case of Scottish independence.

The referendum will take place in 18 September.