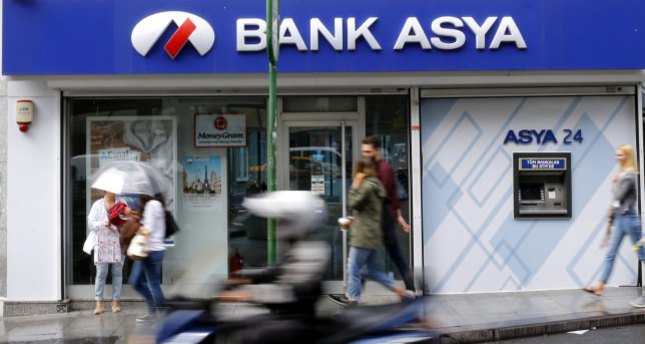 by Daily Sabah with Agencies Sep 19, 2014 12:00 am
Turkey's stock exchange Borsa Istanbul (BIST) prolonged the suspension on Gülenist Bank Asya shares, after its trading was suspended twice on Thursday, due to swings between losses and gains at around 11 percent.

Bank Asya lost almost half of its market value this week, after its shares resumed trading on September 15 following a five-week suspension due to takeover bids and speculations by Qatar Islamic Bank and state-run Ziraat Bank.

"No one is trying to bankrupt a bank," said Turkey's President Recep Tayyip Erdoğan, speaking at yesterday's conference held by Turkish Industry and Business Association. "That bank is already bankrupt", Erdoğan said.

Bank Asya's deposits decreased by almost 30 percent from September 2013 to March 2014 following withdrawals by government agencies and state-owned companies. As pro-Gülen media called its supporters to put money in the bank, deposits stabilized in the second quarter.

The government withdrew Bank Asya's ability to collect tax on behalf of the state, according to an August 7 statement from the revenue administration, while the markets regulator barred it from issuing Islamic bonds later that month.

Bank Asya earlier issued a statement claiming that an "economic lynching campaign" was introduced against the Bank and its operations will continue, while Turkish main opposition CHP also criticized Erdoğan for his stance.