Next up after Alibaba: Biggest bank IPO ever 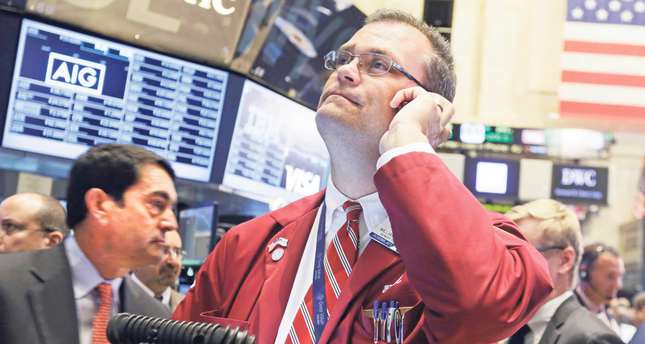 After last week's record-breaking Alibaba trading debut, Wall Street will be asked to digest what could be the largest bank or thrift IPO ever - the expected $3.36 billion offering from Citizens Financial Group

Investors will get a little time to catch their breath after Friday's recordbreaking Alibaba trading debut, but not too long. On the heels of what is the largest initial public offering on record, Wall Street will be asked to digest what could be the largest bank or thrift IPO ever - the expected $3.36 billion (TL 7.5 billion) offering from Citizens Financial Group. The Citizens IPO should price the week of Sept. 22, and while flying below the radar thanks to all the hype over e-commerce superstar Alibaba, it has substantial market implications.

Tech has dominated the offering landscape so far in 2014 with $11.4 billion worth of deals - not including Alibaba, which by itself is expected to generate $22 billion - but finance has been a surprisingly close second at $11.2 billion, according to Dealogic. Total IPO deals including Alibaba have raised $67.1 billion, a 103 percent jump from 2013, according to Thomson Reuters. Investment banks have noticed and are flocking toward the sector. The Citizens IPO has drawn 21 underwriters, with Morgan Stanley (MS) landing the lead spot and Goldman Sachs (GS) on board to serve as joint global coordinator with Morgan, according to SNL Financial.

The two firms have been busy in assisting deals lately, helping the Royal Bank of Scotland sell up to 28.8 percent of its Citizens Financial ownership position. The two also were involved in helping RBS deal ownership stakes in several other companies over the past several years. Citizens Financial is the 13th largest retail bank in the U.S., with $130 billion in total assets (up from $127 billion as of March 31). As of June 30, it had loans of $89 billion and deposits of $92 billion, respectively.

The bank reduced its footprint since its last amendment by divesting assets in the Chicago area, and now lists 1,230 branches and 3,215 ATMs across 11 states, down from 1,350 branches and 3,500 ATMs across 12 states at the end of March. In May, Citizens purchased $150 million of prime auto loans and has entered an agreement to purchase more on a rolling basis. The company operates through both a consumer banking segment, which accounts for 54 percent of loan and lease balances, and a commercial banking segment, which accounts for 44 percent of loans and leases.

Citizens Financial, which was founded in 1828 and booked $5 billion in net interest and noninterest income for the 12 months that ended June 30, 2014, plans to list on the NYSE under the symbol CFG. Separately, Alibaba's shares closed significantly above their initial price on the New York Stock Exchange (NYSE) on Friday, a sign of the excitement surrounding the Chinese internet giant. Shares in the company made their debut in the U.S. at $92.70, after being priced at $68 late on Thursday. They ended the day at $93.89 - 38 percent above the initial asking price. More than 100 million shares were traded in the minutes after the stock was launched - more than Twitter. Earlier in the day, founder and Chairman Jack Ma rang the opening bell. The NYSE was festooned with the orange and white logos of the company to herald its arrival on public markets. Alibaba is now valued at $231.4 billion making it significantly larger than Amazon and Facebook.