No change expected on interest rates 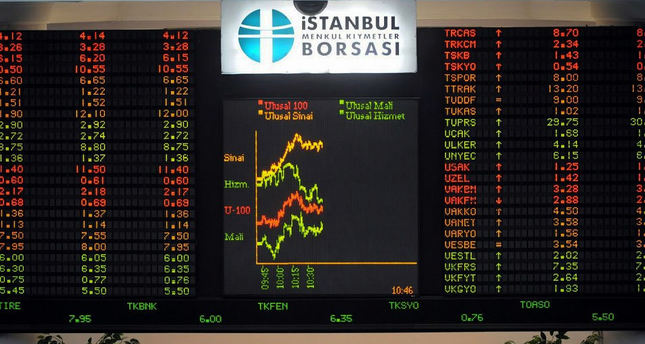 by Daily Sabah Sep 24, 2014 12:00 am
The Central Bank of the Republic of Turkey (CBRT) will hold its monetary policy meeting tomorrow where it is expected to keep the interest rates unchanged or slightly lower the overnight lending rate in order to decrease banks' cost for providing money. Speaking to Daily Sabah, economist and president of Nişantaşı University, Dr. Kerem Alkin, said that the CBRT may go for an overnight lending interest rate cut to show its support for growth."

That move would lower the costs of credits that the industrialists have been waiting for," Alkin said. The veteran economist said that the CBRT may drop the overnight lending rate by 25 or 50 basis points. "While the CBRT decides on monetary policies, it takes into consideration the global monetary trends. But, this does not necessarily mean that all of its decisions are influenced by developments in international markets. Especially, the
Fed's (U.S. Federal Reserve) verbal interventions into the market will not make the CBRT change its monetary policies," he said. Alkin highlighted that the CBRT has to address the highly fluctuating currency rate, as it has been fighting against untamed inflation for seven to eight months. "These facts narrow the path for the CBRT.

That is why the CBRT is avoiding making drastic decreases in interest rates, but still lowers the lending rates to prove that it is on the side of growth," he said.

Recalling the latest global economic crisis in 2008, Alkin highlighted that the government laid a huge burden on central banks. "Somehow, central
banks turned into institutions that were responsible for recovery. However, Turkey did not make the same mistake, and the CBRT conducted accurate monetary policies in that period that led Turkey through the economic crisis without any huge losses. Now, the Turkish government and the CBRT are acting in accordance with the experience they gained during the global economic crisis," Alkin concluded.
Last Update: Sep 24, 2014 9:42 am
RELATED TOPICS