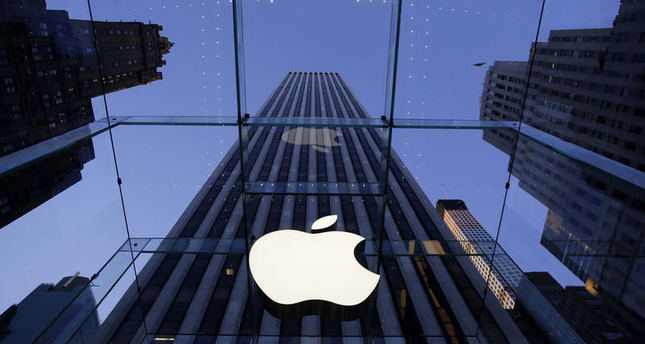 by Daily Sabah Oct 09, 2014 12:00 am
Technology companies rule the world's branding roost in the 2014 Best Global Brands rankings, according to a new report. Three out of the top five slots in the annual report, compiled by branding consultant Interbrand and published yesterday, were tech firms. Apple led the list for the second year with a brand value of $118.9 billion (TL 269 billion), followed by Google ($107.4 billion) and Coca Cola ($81.5 billion). IBM ($72.4 billion) and Microsoft ($61.1 billion) took the fourth and fifth slots in the ranking. This year, for the first time, two brands - Apple and Google - were valued at more than $100 billion by Interbrand. The top five and seven-out-of-10 of the world's most valuable brands were based in the U.S. Tech corporations beat out entertainment giants such as Disney and MTV, car companies Mercedes Benz and BMW, and luxury brands like Louis Vuitton and Cartier. Interbrand weighs up three key aspects in deciding a brand's value - the financial performance of the company's products and services, the role the brand plays in influencing consumer choice, and the ability the brand has to command a premium price. There's some subjectivity at play in deciding brand valuations, but Interbrand says its methodology is the first of its kind to be certified by the International Organization for Standardization, meaning its analysis has been independently approved as accurate.