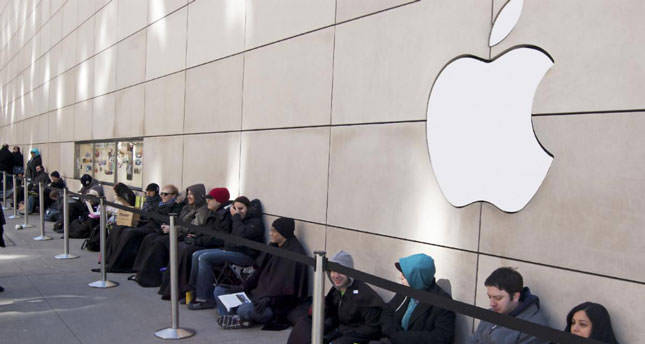 Billionaire investor Carl Icahn urged Apple to buy back even more of its shares in order to boost the company’s stock price, saying the tech giant remains ‘dramatically undervalued’ despite its recent run-up

Carl Icahn said Apple should be worth much more and that boosting share repurchases could help increase value for shareholders. On Thursday Icahn urged Apple to accelerate its share buybacks saying the tech giant remains "dramatically undervalued" despite its recent run-up. In an open letter to Apple chief executive Tim Cook, the billionaire investor said Apple has been making "impressive strides" against its rivals in the tech sector and merits a "premium" valuation.

"Analogizing Apple to a modern day Secretariat, as this race continues, the further the distance grows between Apple and Google (and Google's hardware partners) in the premium device category," Icahn said. "Its leading ecosystem of products and services, added to peerless hardware design and quality, differentiates Apple from a simple hardware company." Even though Apple shares have risen some 50 percent since Icahn began to agitate for changes last year, he said the company should be worth much more and that boosting share repurchases could help increase value for shareholders. The letter said the current Apple stock price represents "a massive undervaluation of Apple in today's market, which we believe will not last for long." Icahn said Apple should use some of its $133 billion (TL 303 billion) cash stockpile to "meaningfully accelerate and increase the magnitude of share repurchases." Icahn said the letter "is in no way intended as a criticism" of management and said he appreciated Apple's actions in the past year to respond to his concerns. In February, he appeared to step back from his confrontation saying Apple had done much of what he was seeking. Last year, Apple agreed to a plan to return some $100 billion to shareholders including $60 billion in buybacks. Earlier this year it expanded the "capital return" plan to $130 billion. An Apple spokeswoman said the company reviews these matters regularly. "Since 2013, we've been aggressively executing the largest capital return program in corporate history." A chart provided by Apple showed the company had returned $74 billion to shareholders since 2012 through dividends and buybacks, which generally increase value by reducing the number of outstanding shares.

Icahn has a long history of taking positions in companies that give him the leverage to force changes in management or provide dividends to shareholders. His letter said he holds some 53 million shares, or slightly under one percent of Apple's outstanding shares.