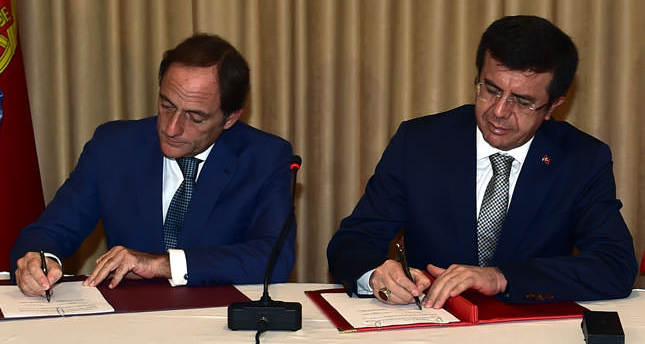 On the decision of the Central Bank of Turkey announced this week, Zeybekci stated that the announcements made by CBRT on supporting exports and the significance of imports can be considered as positive steps. "The main reason behind the growth of Turkey in the past three quarters is the increase in exports. As of the end of the year, the contribution of exports to growth will be over 2.5 percent. However, not lowering interest rates will not support production and growth. I don't believe it will have any positive effect on our struggle against inflation. Therefore, I believe, within the next quarters, CBRT should adopt a stance that will motivate and incite domestic markets," said Zeybekci.

Underlining the fact that when interest levels are high, Turkey takes risks in competitive exchange rates, Zeybekci stated that if there is an inflow of hot money from foreign markets into Turkey that is higher than expected, then the Turkish lira might rise to a level that will support imports.

Replying to a question about whether the "reasonable doubt" clause included in the New Judicial Reform Package might cause concerns for investors, Zeybekci said: "Turkey has a very strong economy. While we are indeed in need of a new constitution, no law applied in Turkey can contradict the Constitution or universal legal norms. Turkey is integrated with the world's economic balance. We are subject to all rules applied by the E.U. Therefore, I believe such concerns are mentioned just to create speculation."

Pointing out that his visit to the U.K. was aimed at coming to terms with the Customs Union and the Transatlantic Trade and Investment Partnership (TTIP) Agreement between the E.U. and the U.S., Zeybekci announced that his meeting with the Trade and Investment Minister of the United Kingdom, Lord Livingston, had been very positive and he had delivered Turkey's related concerns to Livingston. He further noted that the minister had stated that the U.K. will be backing up Turkey in this respect. Turkey's request for the big question mark surrounding the position of Turkey during the TTIP meetings to be discussed by the E.U. Commission was also received positively by the British minister. "We are also aware of the position of Turkey and its concerns about international trade agreements," said Portas and added that Turkey should have the right to follow and to participate in related discussions about new trade agreements to be signed. "This principally is a matter of respect.

Turkey has a unique place in the E.U. in terms of international trade relations, and since any free trade agreement the E.U. signs with third parties will directly affect Turkey through the Customs Union, I can relate to Turkey's concerns in this respect," said Portas. He further noted that while Portugal is establishing partnerships with Turkey as an E.U. candidate country, in the future, they would continue establishing partnerships with Turkey as an E.U member.