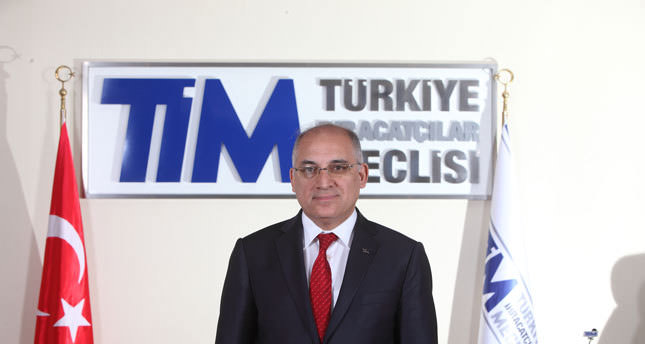 Head of the Turkish Exporters Assembly (TİM) Mehmet Büyükekşi recently explained the results of a survey titled "Analysis of Exporters' Trend," which was conducted in participation with 500 export companies' senior executives. According to the survey, which covered the realizations in the third quarter of 2014 and expectations for the fourth quarter, 67 percent of exporters have suffered most from the increase in input costs.

Büyükekşi further stated that the percentage of companies which indicated that they could enter new markets in Q3 was 42.6 percent, marking the highest level reached since 2010. "As was the case for the previous period, Russia stands out as the most attractive target market followed by the U.S., Germany, Brazil and China. In Q3, the top 500 companies ranked Russia first among the countries that they planned to enter for the first time or within which they would want to expand their operations, while companies in the 501-1000 group ranked the U.S. first. The proportion of exporters who indicated that they had lost customers in Q3 fell from 36.3 percent to 33.8 percent. The percentage of exporters who completely lost a market in the past three months was 12.4 percent," he said.

Büyükekşi also stated that the percentage of markets that were lost decreased among the top 1000 companies. Büyükekşi continued, "61.1 percent of the turnover made in Q3 was generated from exports while 38.9 percent of it was gained through domestic sales. This proportion is much better than that of last year and follows a positive trend. The sectors with the largest share in the turnover of the July-September period are textiles, herbal products, agricultural products and mining goods."

Büyükekşi remarked that the major problems encountered in Q3 were the failure to present competitive prices and economic conditions in the target countries. "Energy costs have reached a high of 50.2 percent, which constitutes a great problem for more than half of our exporters. Approximately 41.6 percent of our exporters complain about the fluctuation in exchange rates, while 39 percent of them are unhappy with raw material costs and exploration costs. With similar statements from Goldman Sachs, we hope that energy costs will enter a downward trend, which I hope will be reflected in costs," he concluded.