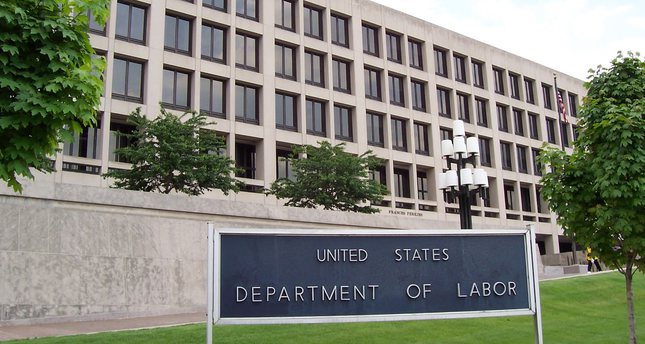 The U.S. Federal Reserve announced on Wednesday after a two-day meeting in Washington that it will end its asset-purchasing program, citing positive labor market figures for the change

The U.S. Federal Reserve's asset-purchasing program – often referred to as quantitative easing, or QE – has finally ended. The bond buying strategy has added $1.66 trillion to the bank's balance sheet over the last two years, ballooning it to approximately $4.45 trillion, in an effort to push down long-term interest rates and spur growth.

According to the Federal Open Market Committee (FOMC), the decision was taken according to its "statutory mandate," which seeks to "foster maximum employment and price stability." "On balance, a range of labor market indicators suggests that underutilization of labor resources is gradually diminishing," the Fed said in a surprising policy shift from its previous statements, which had described the slack as "significant." Citing that there has been a substantial improvement in the labor market outlook since the program was enacted in addition to expectations that "economic activity will expand at a moderate pace" and that inflation – currently hovering below the Fed's 2 percent target – will likely pick up, the committee seems confident in holding interest rates at their record low near-zero levels.

The Fed stated that it anticipates keeping the rates within their zero to one quarter target range "especially if projected inflation continues to run below the Committee's 2 percent longer-run goal, and provided that longer-term inflation expectations remain well anchored." Analysts speculate this to be the case until the latter half of 2015, which should re-assure markets against any return to the tumultuous period experienced in mid-October.

In other positive signs for the U.S. economy, according to MarketWatch, the Fed is also expected to release on Thursday a 3 percent growth figure for the third quarter with a similar forecast for the remaining three months of the year. Furthermore, consumer confidence in the U.S. has risen to its highest level since 2007, with The Conference Board, an industry group, announcing that consumer outlook had risen to 94.5 – on the consumer confidence index – after economists had expected a reading of 87, according to a Reuters poll.

Current employment data seems to bode well for the Fed's objectives as well with the unemployment rate slumping to 5.9 in September from 8.1 percent when QE3 began over two years ago – the first time the indicator has dropped below 6 percent since July 2008. The revised figure came after the U.S. Bureau of Labor Statistics announced 248,000 jobs had been created in the same month.

Eric Rosengren of the Boston Fed, speaking to the Financial Times, suggested that inflation concerns rather than the labor market would drive the main impetus of any further changes in the Fed's monetary policy. "We would want to indicate that the reason we were making the change was not because we hadn't seen substantial improvement in the labor markets, but because we had become concerned that inflation was trending down when we wanted it to trend up."

Narayana Kocherlakota, the lone dissenter against the FOMC monetary policy action to end QE, also seemed to be more concerned with the less-than-satisfying inflation figures than the positive employment data. According to the FOMC press release Kocherlakota believed that "in light of continued sluggishness in the inflation outlook and the recent slide in market-based measures of longer-term inflation expectations, the Committee should commit to keeping the current target range for the federal funds rate at least until the one-to-two-year ahead inflation outlook has returned to 2 percent and should continue the asset purchase program at its current level."

The big question investors are asking after nearly six years of the Fed's bond buying program is whether the positive outlook for the future of the U.S. economy is a reliable one. As the Fed finally turns off the tap – which has flooded the market with liquidity, in turn, contributing to significant asset price rises – how indexes will be affected by the absence of Fed funds also remains to be seen, considering much of the S&P 500 index's value has been buoying on the money supply provided by QE. As such, it is probable that clearer values of stocks will appear in the near future as shares become more closely associated with their fundamental value. "We have never seen such an extraordinary experiment in monetary policy and markets and the Fed are both worried about the exit from QE," Win Thin, global head of emerging markets strategy at Brown Brothers Harriman, told Financial Times. The less-than-dovish statement from the Fed evoked little surprise; however, in the event of slower-than-expected domestic growth (and inflation) and further market volatility, it would also be unsurprising to see the Fed revisit stimulus.