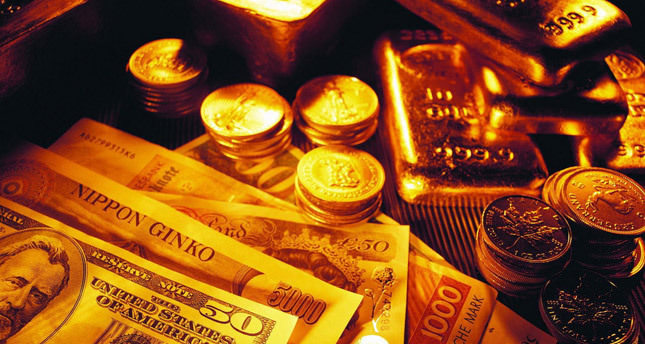 by reuters
Nov 05, 2014 12:00 am
Gold slid for a fifth session in six on Wednesday, tumbling to fresh four-year lows as a strong dollar kept investors away from the safe-haven asset and physical demand failed to provide underlying support.

Physical buying of jewellery, coins and bars - which usually picks up at lower prices - has not emerged robustly enough to put a floor under prices.

"There is very little on the horizon that is bullish. Despite the trillions of dollars of stimulus over the past several years, most central bankers are worried about deflation, not inflation," said INTL FCStone analyst Edward Meir.

"In addition, the roaring U.S. equity markets continue to siphon off assets away from alternative investments, including gold," he said.

The yellow metal is often seen as a hedge against inflation and financial uncertainties.

Asian shares eased, while the dollar nursed modest losses early on Wednesday as investors decided to take some profits on a four-session rally that swept the greenback to multi-year highs against the yen and euro.

The dollar has been an investor favourite recently, hitting a four-year high against a basket of major currencies earlier this week.

A stronger greenback makes gold more expensive for holders of other currencies, and dulls its appeal as a hedge.

The lack of investor appetite for gold was evident in outflows from the SPDR gold fund. Its holdings fell 0.32 percent to 738.82 tonnes on Tuesday - its lowest since September 2008. The fund tends to influence investor sentiment due to the size of its holdings.

A sharp break in gold prices to their lowest levels in more than four years has prompted a pick-up in demand for coins in Europe and the United States.

But demand in top buyer China - seen as a key pillar of support for gold - has been disappointing. Strong Chinese buying is usually seen preventing more losses in gold.

Chinese consumers have not shown much enthusiasm for gold on expectation that it will fall further.

On Wednesday, local prices on the Shanghai Gold Exchange dipped to a discount of about 50 cents an ounce to the global benchmark, indicating weak buying interest.