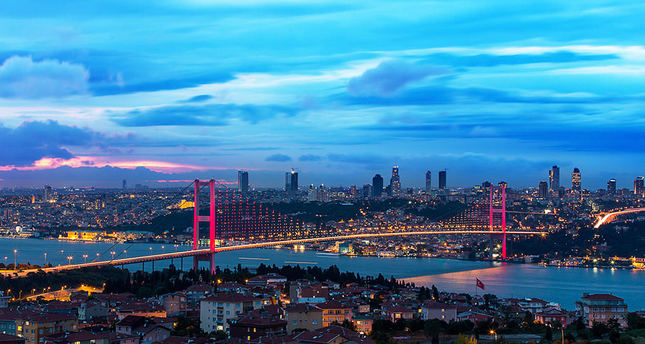 by Sinan Öztürk Dec 08, 2014 12:00 am
As the Turkish economy has proved strong in recent years, Istanbul, the backbone of the Turkish economy, has also experienced a rapid transformation by turning into a global and regional powerhouse.

The city rose from 72nd place in 2009 to 42nd in September 2014 in Global Financial Centers Index. It is expected that Istanbul will reach up to 25th position in 2018.

The index is currently led by New York with 778 points, followed by London with 777 and Hong Kong with 756 points, all of which are losing ratings. Istanbul received 655 points in ratings, rising five ranks and four points in rating compared with March 2014.

The index is produced by London based Z/Yen Group by merging an online questionnaire and different indices from organizations such as the World Bank and OECD; to measure the ranking and competitiveness of global finance centers.

The main drive behind Istanbul's rise is considered to be Borsa Istanbul (BIST), Turkey's stock exchange, which has experienced important rises in the latest period.

Energy expert Cemil Ertem said that EPİAŞ will serve as an energy stock exchange and will be very effective in the region spanning from Eastern Europe to Caucasus, positioning Turkey in the center.