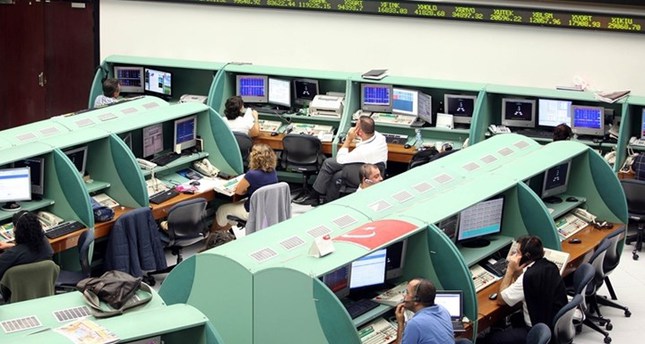 by Daily Sabah Dec 27, 2014 12:00 am
The best and worst performing stock markets in 2014 were ranked in the global market. The BIST 100 index, the stock exchange market of Istanbul, became the fifth most rising stock market. Argentina is the first of 74 countries in 2014 with an increase of 54.51 percent, and China is second after Argentina with an increase of 43.32 percent. Russia, which is struggling with an economic crisis, is last on the list with a loss of 44.9 percent. According to a CNN Money story, India had the best performance in the Fragile Five, named by Morgan Stanley in past years as India, Brazil, Indonesia, Turkey and South Africa. The India Stock Market is third on the best performing list with an increase of 29.93 percent. The BIST 100 showed a variable performance during the year because of political issues, such as the Gezi protests and coup attempts on the government on Dec.17-25. But, the BIST 100 succeeded in attracting the attention of foreign investors. The Istanbul Stock Exchange Market is fifth on the list of most rising stock markets in the world with an increase of 24.61 percent.