Turkey: Getting gold out from under Turkish mattresses 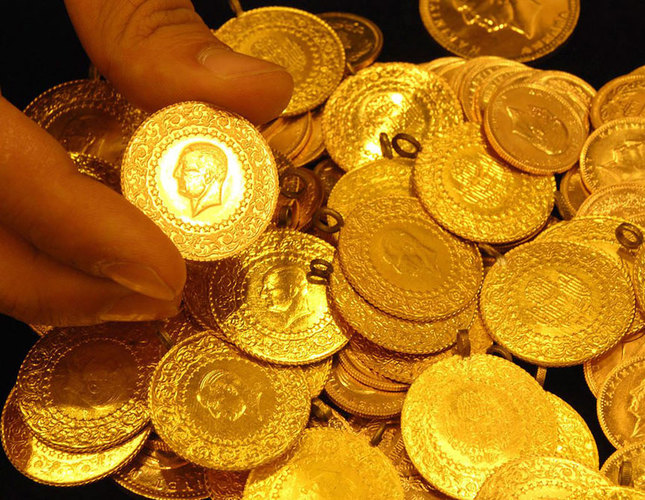 Bahattin Gönültaş - Turks are, in fact, the world's third-largest purchasers of the precious metal, after the Chinese and Indians

Turks still favor a timeless investment strategy: buy gold and hide it somewhere safe, usually under the pillow or under the mattress.

"I don't understand modern investment tools like stocks and forex. Gold is my family's traditional investment as my mother always encouraged me to buy gold for savings," says 36-year-old Selda Kırkpinar in Ankara, who stores away her gold at home.

Firdevs Karagöz, 28, a housewife from the eastern province Erzurum, said that she has bought more than 200 quarter gold coins since 2005 to save money.

Turks are, in fact, the world's third-largest purchasers of the precious metal, after the Chinese and Indians. In 2013, the country's gold imports skyrocketed by 150 percent to reach a record level of 302.3 tons, totaling $16 billion in value, according to Turkey's Central Bank statistics.

Buying physical gold, that is, the actual metal as opposed to stocking shares in gold electronically is seen as a traditional investment for many Turks, who are seeking security against fluctuations in the value of the Turkish lira. It is believed that over 5,000 tons of gold currently worth close to $200 billion, are held under the mattresses and pillows by Turkish residents as a form of personal savings, and therefore kept out of the banking system. Jewelry is also seen as a traditional gift for new babies and is given at wedding ceremonies in the country.

But the Turkish economy needs this money for investment as growth slows and high interest rates make borrowing expensive.

Can the government and the banks convince gold buyers to take their gold out from under the mattress and either sell it, or put it in the bank?

The government has come up with a plan to persuade gold hoarders to do just that.

Banks in the country have been hosting "golden days," [inspired by the name of traditional daytime tea parties of Turkish women, in which the host receives gold coins from the guests] when customers bring in coins and jewelry to be evaluated by gold experts.

The practice is already helping to increase the level of household savings, which is the lowest among emerging markets at 12.7 percent compared with China's nearly 50 percent, according to the World Bank.

Fatih Özdoğan, 48, a government worker, who received wedding gifts in gold worth 20,000 Turkish liras, said: "I am afraid to keep them at home," as a part of the gold was stolen from his house. "Now I keep them in the bank," he said.

"We had some gold that came from wedding gifts. We want to use it in case of an emergency. We used them for our investment in our family house. But we still buy gold for our children's future."

Özdoğan said that gold is less risky compared with the U.S. dollar and the stock exchange. "And also, it is easy to look after gold in small pieces. And, when you keep gold, spending is more difficult. That helps me to save," he said.

But the Turkish government would like to see this gold get out of the house and into the bank.

"If only 10 percent of these personal savings were put back into the Turkish economy, it would amount to a financial resource of around $20 billion," said Özcan Halaç, the chairman of Istanbul Gold Refinery.

"Gold hidden under mattresses by Turkish citizens is a great power and a secret weapon for our economy," Halaç added.