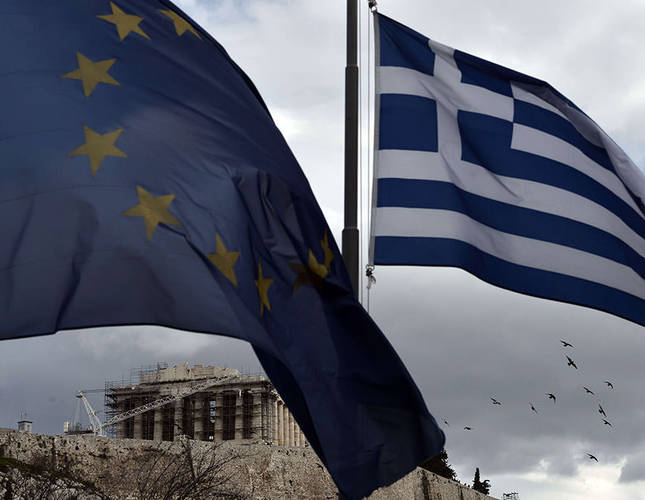 The positive atmosphere created by the European Central Bank with the new bond-buying program did not survive for one week. The euro hit an 11-year low and European stocks struggled after the Greek elections

The euro sank to an 11-year low yesterday but Asian equities largely recovered from early losses after the anti-austerity Syriza party won Greece's election, throwing its international bailout into doubt and raising fears it could leave the eurozone. The far-left party was two seats short of winning an outright majority in Sunday's polls, giving it more bargaining power to take a hard line on rowing back austerity measures.

The group had campaigned on renegotiating the European Union-International Monetary Fund bailout worth 240 billion euros that imposed strict spending and taxation rules on Athens. The possibility of Greece defaulting on its debt repayments is likely to spark renewed fears it could be forced to leave the eurozone.

As the result became clear, party leader Alexis Tsipras told thousands of flag-waving supporters in Athens: "Greece is leaving behind disastrous austerity." The news hit the single currency in early Asian trade. The euro dived at one point to $1.1088, its lowest level since September 2003, before recovering slightly to $1.1200. That compares to $1.208 on Friday in New York. The single currency was already suffering heavy selling after the European Central Bank (ECB) on Thursday unveiled a bigger-than-expected bond-buying program aimed at firing up the eurozone economy and fighting off deflation.

Asian stock markets, which surged Friday in response to the ECB move, mostly sank early Monday. But they bounced back in the afternoon, with some ending in positive territory. Tokyo fell 0.25 percent, or 43.23 points, to 17,468.52, while Seoul ended marginally lower, dipping 0.41 points to close at 1,935.68. Shanghai rallied 0.94 percent, or 31.42 points, to 3,383.18 and Hong Kong added 0.24 percent, or 59.45 points to 24,909.90. Oil prices resumed their downward trend after rallying on Friday in response to the death of Saudi Arabia's powerful King Abdullah, which fueled uncertainty in the crude market. On oil markets, U.S. benchmark West Texas Intermediate for March delivery was down 76 cents at $44.83 a barrel, and Brent crude for March tumbled 72 cents to $48.07.

Prices initially jumped Friday on news that Abdullah had died, fueling uncertainty in the crude market. However, the Saudi royal family soon moved to show continuity in the country's power structure and policies, dampening hopes of a production cut. Prices have plunged more than 50 percent since June owing to weak demand and a global supply glut. The fall was exacerbated when OPEC, of which Saudi Arabia is a key member, said it would not cut output. Gold fetched $1,281.39 an ounce, against $1,294.55 late Friday.